Manchester United ace Aaron Wan-Bissaka has singled out Neymar as the toughest winger he’s faced in his career and says the Brazilian cons... 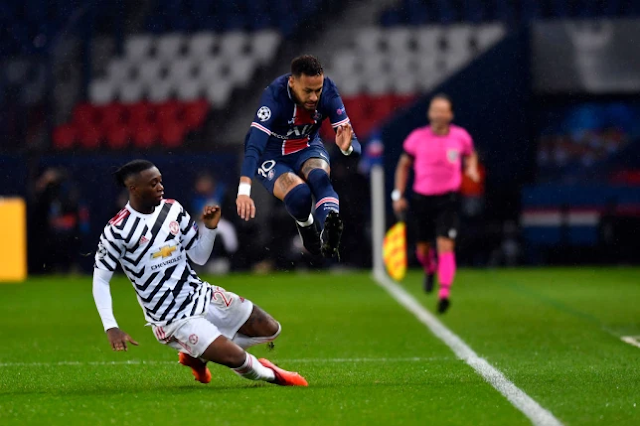 Manchester United ace Aaron Wan-Bissaka has singled out Neymar as the toughest winger he’s faced in his career and says the Brazilian constantly trying to draw fouls has made their battles especially ‘challenging’. Wan-Bissaka quickly established himself as one of the Premier League’s best defensive right-backs after bursting onto the scene at Crystal Palace and his eye-catching performances earned him a £45million move to Old Trafford in 2019.

Many of the league’s standout attacking players – perhaps most notably Raheem Sterling – have struggled up against Wan-Bissaka over the last three seasons and the 23-year-old full-back shone in arguably his toughest test yet as Manchester United travelled to PSG earlier this season.

Neymar quiet for much of the game and also impressed going forward at the Parc des Princes as Marcus Rashford scored a dramatic last-gasp winner in October’s heavyweight Champions League group-stage clash.

It was a different story in the reverse fixture, though, as Neymar put a giant dent in United’s hopes of qualifying for the knockout phase of the competition with a double against Wan-Bissaka and co at the Theatre of Dreams. ‘I’d say Neymar,’ Wan-Bissaka told UEFA.com when asked to name the toughest winger he’s faced ahead of United’s Europa League last-16 first-leg clash with AC Milan. ‘That was a player that was quite challenging, but I was always up for it, and I enjoyed it, the experience, to be playing against him. That meant a lot.’ On how he dealt with the daunting task, Wan-Bissaka replied: ‘I think for him, it’s a bit of both, depending on where he is on the pitch.

‘He’s a player that likes to draw fouls, and so for me, if I’m up against him, it’s just not to give him any fouls because that’s what he wants.’

The United star is regarded as one of the best defensive right-backs in England (Picture: Getty)

Wan-Bissaka insists he finds the art of defending ‘exciting’ and believes ‘concentrating’ from minute one until the final whistle is key for for full-backs when facing potentially tricky opponents. ‘Defenders are most likely to be targeted on the pitch, to be taken on,’ he added. ‘That comes down to concentration, awareness, and it’s something you have to be prepared for the whole 90 minutes. ‘For me, I mainly look at what foot they are. That will be the main information that I’ll need, and it’s just about timing, showing them onto their weaker side and then taking it from there.