Milan are playing with fire over this renewal as top clubs begin to circle again. Sky Italia via MilanNews.it are reporting that there is ... 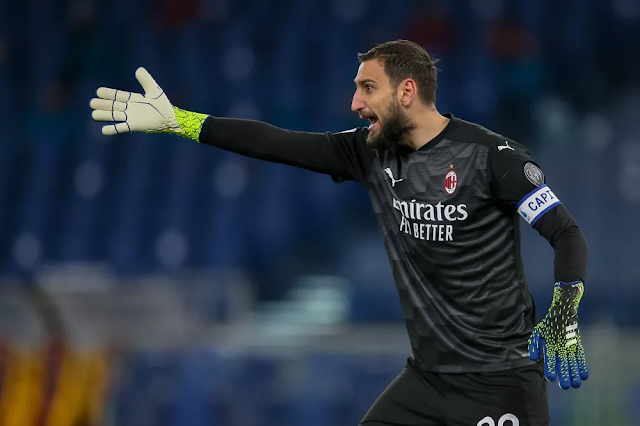 Milan are playing with fire over this renewal as top clubs begin to circle again.

Sky Italia via MilanNews.it are reporting that there is a bit of a stalemate in the talks for AC Milan goalkeeper Gianluigi Donnarumma’s contract renewal. The talks have continued but there are no developments despite his deal ending in about 3 months. Manuele Baiocchini is reporting that there are two new solutions under consideration: a one year renewal to postpone the talks or a two year extension for the same reason. Milan have offered the keeper a pay rise of 1 million euros per year to a total of 7 million per year in the new deal.

Sky Sports UK are reporting that Manchester United will enter the market for a goalkeeper in the summer and have Donnarumma on their watch list. United have good relations with the player’s agent Mino Raiola through the deals of Paul Pogba and Zlatan Ibrahimovic amongst others.

Corriere dello Sport via Football Italia are reporting that United will use the two legs against Milan in the Europa League to scout the 22 year old goalkeeper. The outlet also note that Raiola wants 10 million per year for Donnarumma to renew with Milan. If the talks are not resolved, the keeper could leave on a free transfer in the summer.

Calcio Mercato are reporting that Milan remain confident to secure the renewal as the time continues to edge closer. The figures they quote are a 7.5 million per year offer for 5 years from Milan and a request for 10 million euros per year for 2 years from Raiola. They note that PSG are looking at the situation.