The Englishman's performances have now made him the most valuable player in the world, according to the number crunchers CIES. Manches... 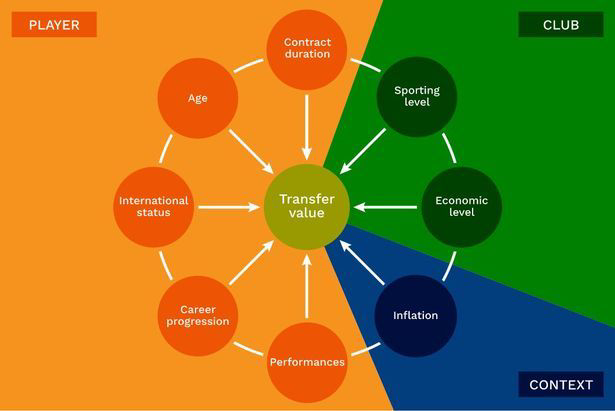 The Englishman's performances have now made him the most valuable player in the world, according to the number crunchers CIES.

Manchester United star Marcus Rashford is the most valuable player in world football, according to data experts CIES calculation.

The England and United forward has been in sensational form this season, scoring 18 goals across all competitions for his club.

Anthony Martial and Mason Greenwood have struggled to continue their goal-scoring form from last term, leaving Rashford and Bruno Fernandes as United's main source of goals.

His performances have now made him the most valuable player in the world, according to the number crunchers CIES.

The data experts combine a list of factors including contract length, the standard of the league they are playing in, their age, international performances and others, as shown below.

Those factors combined make Rashford Manchester United's highest valued asset, ahead of Fernandes, who is three years older than his teammate.

Manchester United transfer target Erling Haaland is second in the rankings after his sublime goal return for Borussia Dortmund.

Paris Saint-Germain star Kylian Mbappe comes in fifth, though this is partly as a result of his contract status. The Frenchman's current deal expires at the end of the 2021/22 season and therefore, his transfer value is decreasing by the day.

The latest report from CIES also calculates that Rashford is responsible for 14.8% of the United squad's transfer value, which is higher than their Premier League rivals.

Using the same system to calculate a players' worth, Trent Alexander Arnold makes up 12% of the Liverpool squad value, with Foden at 10.3% for City.

Timo Werner is Chelsea's most valuable asset, accumulating 11.1% of their total squad worth, whilst Harry Kane is 14.1% of the total value for Tottenham Hotspur.

However, Arsenal are heavily dependent on Bukayo Saka, with the talented youngster valued at over £120million, which equates to 20% of Mikel Arteta's squad value