Man Utd Women will play an historic fixture this weekend when they host West Ham United at Old Trafford.

United Women are set to make history on Saturday when they take on West Ham at Old Trafford - the first time they will ever have played at the stadium.

The Women's Super League encounter will be shown live on the Football Association's FA Player free streaming platform, but not televised by either domestic league broadcaster.

BT Sport's weekend pick is Chelsea's clash with Aston Villa on Sunday while the BBC will be covering Man City vs Reading game on the Red Button and iPlayer.

United Women's game cannot be shown on the club's own MUTV channel either, because they have already shown the maximum of three WSL matches per season on the station.

"I think we've missed a massive opportunity. I think the real shame is that we're not allowed to broadcast it," said Stoney.

"Again, we're so short-sighted in the women's game, because we've used our three games for MUTV and we can't broadcast it.

"I'm really disappointed that no-one's picked it up. Because the FA have been badgering and badgering about playing at Old Trafford, and now all of a sudden, we can't show it." 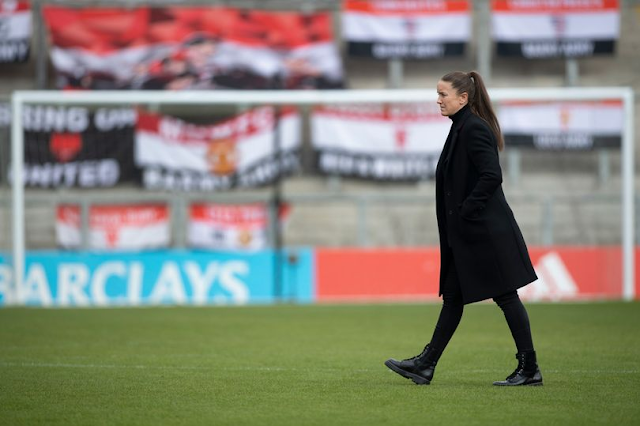