Manchester United will be setting their sights on a strong finish to the Premier League campaign after Sunday's FA Cup disappointment.

Ole Gunnar Solskjaer 's side were beaten 3-1 by Leicester City at the King Power Stadium, knocking them out of the competition at the quarter-final stage.

It leaves United with just the Europa League and the Premier League to contend with, though the 14-point gap separating them and league leaders Manchester City looks insurmountable.

United have nine Premier League fixtures left to play and whilst their position in the top four looks very secure, there is still plenty to play for with rivals breathing down their necks.

With that in mind, here's a look at how their remaining league games compare against those in and around them.

Manchester United are very well placed to finish the season in second place, with Leicester their biggest rivals for that position.

Fortunately, the Foxes have the toughest run-in of anyone in the top eight, with five teams from that group left to face in nine matches.

Manchester City take on three of the top eight which could help United close the gap, though Solskjaer's side also have the same number of tough fixtures, with Liverpool, Leicester and Tottenham to come.

Liverpool have the kindest run, with only United left to face from the top eight, whilst Chelsea have only Manchester City and Leicester remaining. 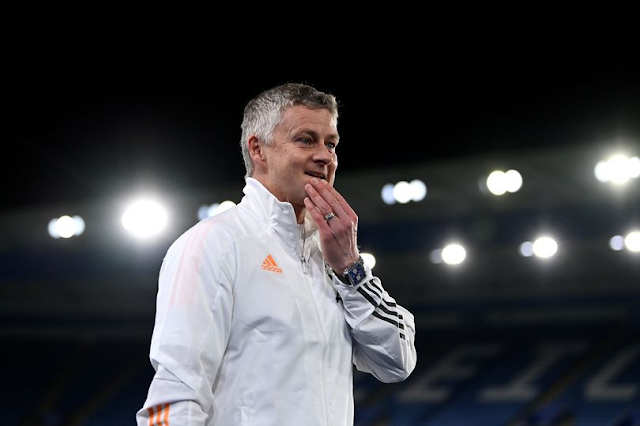