Fiorentina defender Nikola Milenkovic, who has been relentlessly linked with a move to Manchester United, has hailed former Old Trafford s... 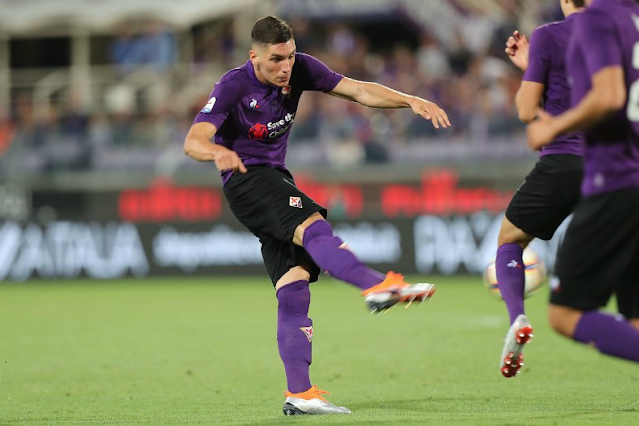 Fiorentina defender Nikola Milenkovic, who has been relentlessly linked with a move to Manchester United, has hailed former Old Trafford star Nemanja Vidic.

The Serbian defender, who is rumoured to be on his way out of Fiorentina, has labelled Vidic as his ‘idol’ and admitted he still takes inspiration from the legend’s archived footage.
Milenkovic has been strongly linked with a move away from the Serie A and with his deal set to expire in less than 18-months time, there appears to be a race on for his signature.

However, that hasn’t stopped the 23-year-old from speaking fondly of United.

Speaking recently to his club’s official in-house media (relayed by Fiorentina.it), Milenkovic, when asked which footballing stars he admires, said: “When I was little, Serbian defender Vidic, who played for Manchester United, was my idol.

“He was a very strong defender: I still watch the videos of his highlights today.”

Man United fans – Do you think Milenkovic would be a good fit for this current United side? – Let us know in the comments.