Liverpool have extended their unwanted club and Anfield record with a sixth straight defeat at their home, coming against relegation candida... 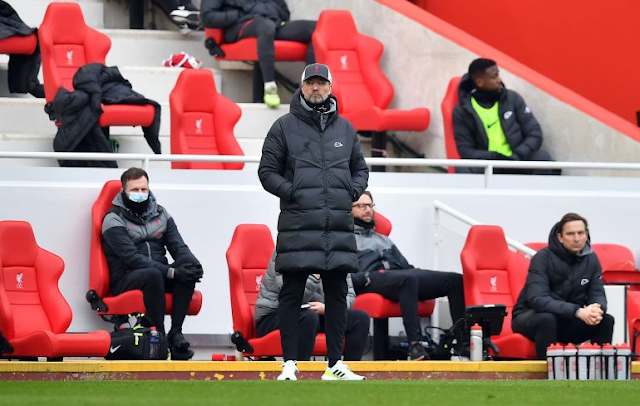 Liverpool have extended their unwanted club and Anfield record with a sixth straight defeat at their home, coming against relegation candidates Fulham this afternoon.

Jurgen Klopp’s audacious decision to make seven changes to the starting lineup, with one eye on the Champions League tie against RB Leipzig clearly didn’t work out, with yet another frustrating display.

The Reds dominated the possession and fired 16 shots on goal, but just three hit the target, Fulham managed the exact same with six less attempts.

Liverpool fell behind right on the brink of halftime after Mohamed Salah was brushed off the ball by Mario Lemina, with the Cottagers’ midfielder producing a lovely finish to fire Scott Parker’s side ahead.

The ‘unity in strength’ banner that was flown over Anfield early in the second-half provided a telling message, though it may be an impossible ask considering a glance at some fan reaction on social media.

It’s obvious that something considerable needs to change after a disastrous run of eight defeats, three draws and just three wins from their last 14 Premier League fixtures.

Nonetheless, it’s shocking to see the plentiful calls for Klopp to be sacked after the transformation that the German has led a the club, surely that isn’t the only option for the club?

Here’s how the Liverpool faithful have reacted to yet another frustrating performance: