Ole Gunnar Solskjaer believes that Manchester United's win over Leicester City on the final day of last season can give his team an advantage over Sunday's opponents.

United travel to the King Power Stadium on Sunday with a place in the FA Cup semi-finals on the line for the victor, something United will be desperate to earn after losing in last year's semi-final to Chelsea.

To do so they will have to get past an in-form Foxes side - but United do have experience in defeating Brendan Rodgers' men in an important, winner-takes-all match.

On the final day of the previous campaign the two sides played each other with the winner securing a spot in the top four and qualifying for the Champions League.

United won thanks to two late goals from Bruno Fernandes and Jesse Lingard, and Solskjaer thinks that experience could help his side in Sunday's cup clash.

"Yes that was a game that we needed a result in and we got it, so the lads know what we can do," the Norwegian told United's official site when asked if the experience could help United.

"But we have to turn up on the day. We know Leicester are in very, very good form. They’ve had some great results lately and we know we’re up against a good team.”

Leicester have their own advantage after having a week off to prepare for the game, though, while United were in Europa League action on Thursday night against AC Milan.

Solskjaer was also asked what mattered more, picking up wins or having time between matches to rest.

“I think if you manage to recover between [games] and you get your rhythm then that’s the best way," he said.

"If we are to end up successful this season, next season, in two years or in five years from now then you have to get used to playing 45/50 competitive games a season at least, that’s what it should be for a Man United player and consistently.

"If you have five, six, seven players who can do that then we can challenge for trophies. I like to play games… we can drip feed and rotate of course. Maybe Leicester and Brendan have had time to tactically think about things, but we just carry on.

"If you want an easy, comfortable life then you don’t play for Man United. You’ve got to be mentally strong and also physically strong and robust. To be successful you want to challenge yourself and these are the periods we want.” 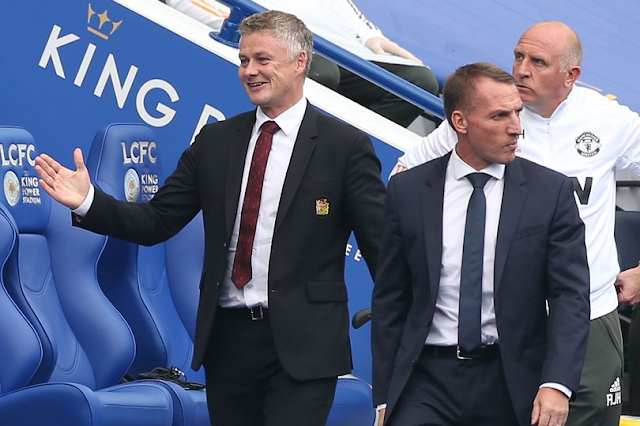