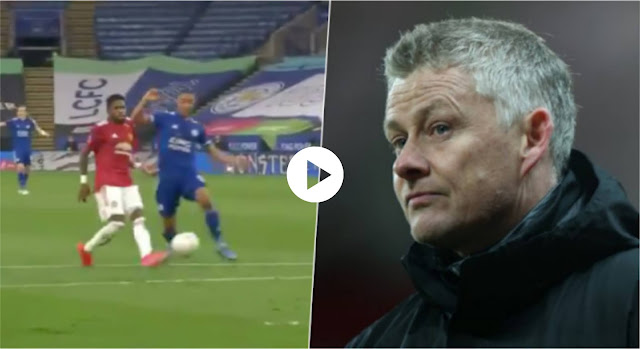 Harry Maguire perhaps ought to shoulder some of the blame after he played a needlessly risky pass into Fred’s feet on the edge of United’s box but it was the midfielder who ultimately failed to control the ball and panicked by underhitting a pass back to goalkeeper Dean Henderson.

Iheanacho beat Henderson to the ball, rounded the United ‘keeper and slotted home with little difficulty to get Leicester’s afternoon off to the perfect start.

Senior man is at it again! 🤝#EmiratesFACup pic.twitter.com/pzTtxyPKLD

The error was the most glaring on a truly awful afternoon for Fred, who struggled throughout the match at the King Power Stadium.

But after the game, which finished 3-1 in favour of the Foxes, Solskjaer played down Fred’s misjudgement and insisted that he wants his players to continue trying to play out from the back.

Here's the manager's take on a disappointing afternoon ⬇

Solskjaer suggested that the hectic fixture schedule had caught up with the Red Devils and blamed a lack of “spark” among his players for the lacklustre performance, although the United boss insisted he wouldn’t pick a different starting XI if given the opportunity to do so.

“We want to build from the back and want the players to be confident – sometimes it doesn’t work and that’s one time it didn’t,” Solskjaer told BBC Sport. 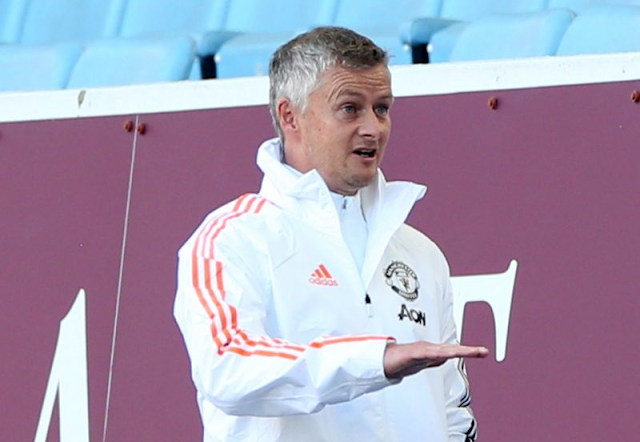 “When we win, we win together and when we lose, we lose together.

“We’re not pointing fingers and blaming – the second one is a good goal [from Youri Tielemans] by the boy but maybe with a zip of energy we could’ve got to him and wouldn’t have been done as easily in the middle.

“That’s been one of our strengths, keeping clean sheets and been dogged but we didn’t have the opportunity.”