ON THIS DAY IN 2016: Liverpool headed to Old Trafford holding a 2-0 lead in their Europa League last-16 tie, and a "genius moment&quo... 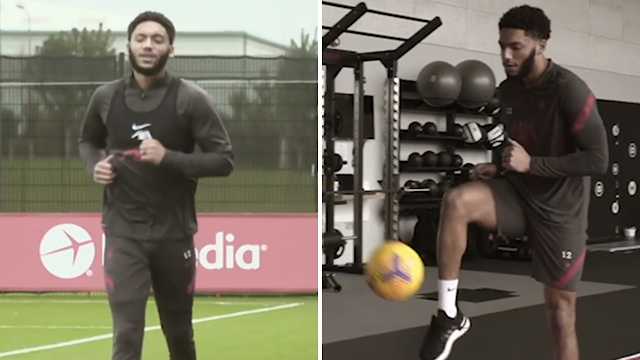 ON THIS DAY IN 2016: Liverpool headed to Old Trafford holding a 2-0 lead in their Europa League last-16 tie, and a "genius moment" from their No.10 silenced the home crowd.

Liverpool had been very good in the first-leg of their last-16 Europa League tie, and because that tie was against Manchester United then that meant that everyone involved with the club was feeling pretty happy with themselves.

This was only five months into Jurgen Klopp's tenure though, and so the whole 'doubters to believers' thing was still in construction. There was work to do.

And so that meant that when Anthony Martial slotted home from the penalty spot after 32 minutes of the second leg at Old Trafford on March 17, 2016 - halving the deficit imposed on United by Liverpool's 2-0 Anfield win in the first game - then there was a whole lot of doubting going on. You'd better believe it.

"Phil had a genius moment," Klopp would say after the game.

"It was a brilliant moment and it decided the game tonight.

A perfect goal at a perfect time, as Coutinho picked the ball up wide on the left touchline in the final minute of the first period.

He approached the box, tied young United defender Guillermo Varela in knots and just as David de Gea spread himself and, he thought, blocked off any and all routes to goal, Coutinho just effortlessly dinked the ball at De Gea's head height but slightly to the right of him.

The goalkeeper didn't even fully go to ground, it was the perfect contact with the ball and time almost stopped as it dropped into the net, a net Coutinho then ran around the celebrate as the majority of Old Trafford suffered in silence.

It was the fourth goal of the tie and the first by an away team, and with Liverpool 3-1 up on aggregate that meant that the hosts needed to score three times in the second half.

Defenders Mamadou Sakho and Dejan Lovren turned in one of their best Liverpool performances to date to ensure that was never going to happen, and Liverpool were through to the quarter-finals.

"We knew United would show a reaction," Klopp continued after the match.

"It was much more intense than the first game. We had a few problems in the first half with second balls.

"When we got the ball though, and used the time, we had brilliant moments and created wonderful chances."

Liverpool would go on to face Borussia Dortmund in the last eight, with Klopp admitting post-match that he didn't want to play his former club.

Three second half goals would be needed by the home team in the second leg of that tie too, although this time they were managed.