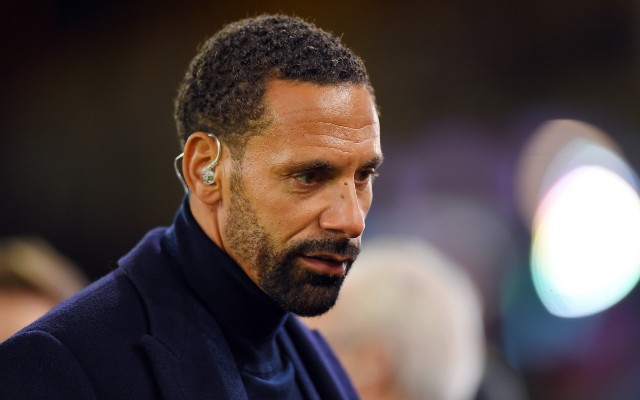 Manchester United legend Rio Ferdinand has advised Chelsea to seal the transfer of Borussia Dortmund striker Erling Haaland or another kind of number 9 that could take them to the next level.

Ferdinand insists Chelsea need a replacement for the ageing Olivier Giroud, while he suggested a big-name signing like Haaland could also help young forward Tammy Abraham to improve.

Ferdinand insists Chelsea need a replacement for the ageing Olivier Giroud, while he suggested a big-name signing like Haaland could also help young forward Tammy Abraham to improve.

Chelsea have had an inconsistent season, but look much improved since Thomas Tuchel replaced Frank Lampard as manager midway through the campaign.

There are clearly still issues in this squad, however, with Timo Werner proving a major disappointment since his summer move from RB Leipzig to Stamford Bridge.

Haaland could be a big help if CFC are to go to the next level next season, so it’s unsurprising to see Ferdinand name him as the kind of player the west London giants need.

“If they [Chelsea] want to be Champions League contenders, Premier league contenders, then Giroud, obviously when Frank was here and now under this management it’s the same, he’s been a bit-part player, it’s his age, obviously. He’s not a young Giroud, he’s at a different stage of his career. I don’t think he expects to play every game,” Ferdinand said in the BT Sport studio, as quoted by the Metro.

“I think Tammy will be putting himself in there but again he has to get fit and stay fit.

“Haaland is the one who’s on everyone’s lips, he’s the player in form. A lot of clubs are sitting there thinking, ‘if we get him that takes us from being a contender to actually having a real chance of winning, a proper contender’.

“If you bring in another striker in that’s part of being a top club. It’s never going to get a point where say Tammy is sitting there saying, ‘I’m outright No.1’. You’ve got to be jostling for positions.

“I think bringing someone else in will only make someone like Tammy better. That mentality you have to have where it’s like, ‘okay, you’ve brought someone in, I’ll show you’.

“Whether you’re starting every game or not, the squad wins trophies, not the first XI.”

Chelsea fans will no doubt hope the Norway international can be persuaded to move to the Bridge, though he’s likely to have plenty of other tempting offers too after his incredible form this season.

Haaland has a remarkable record of 47 goals in 47 games for Dortmund in all competitions since he joined, and 31 in 29 appearances this term.

Reminder: the guy is still only 20 years old. What a future he has in the game.