Roy Keane is the latest in a long line of football people to heap the praise on Luke Shaw. Manchester United Football Club have been prett... 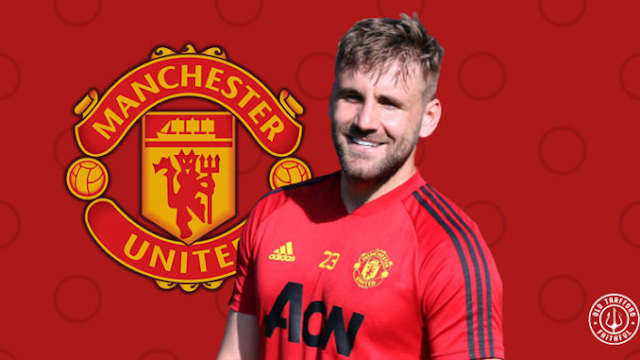 Roy Keane is the latest in a long line of football people to heap the praise on Luke Shaw.

Manchester United Football Club have been pretty good this season, with Ole Gunnar Solskjaer taking these players in the right direction.

There is still much work ahead for the Baby Faced Assassin and these players, though this season, Luke Shaw has given his gaffer one less problem to worry about.

Suddenly, Shaw is playing at a level up there amongst the best full-backs in the country. This week, he’d earn his first England call-up in three years – and it was absolutely brilliant watching the United man playing for the Three Lions.

Shaw wasn’t there to make up the numbers, though, he’d play a major role in the opening goal, delivering a wonderful ball into the box for Harry Kane to head home.

Shaw was so good, the United star would even earn praise from Roy Keane, as the left-back continues to show us all he’s in the form of his life.

Check out what Keane had to say on Shaw’s recent displays here:

“Shaw, this year, has been outstanding,” Keane said live on ITV Sport, per the Manchester Evening News.

“Especially with his history with injuries over the last few years, under Mourinho, he’s been consistent this year. Going forward, but defensively I think he has the edge over the other full-backs in the England squad.

“I think he’s improved that and nobody has really got the better of him this season in one vs ones.”

More than anything, I’m just delighted for the young man who truly deserves it. I’ll be the first to admit I thought his career at United was absolutely finished but right now, I’m so happy to be proven wrong.

Pace, energy, work ethic, positional sense and most importantly, confidence. Shaw is bossing it for club and country, which is only going to further improve the Englishman’s form.

To earn praise from Keane should say everything. He’s super-hard to impress but Shaw has managed it and it’s hard to disagree with anything that he’s saying. Right now, he deserves to be ahead of Ben Chilwell in the pecking order.

I guess it shows you how important it is to get a good run of games under your belt injury-free, while having the manager’s backing. Shaw didn’t have that under Jose Mourinho and Solskjaer deserves credit for believing in the ex-Southampton man.