Ruud van Nistelrooy was shocked by Roy Keane's pre-match preparations.  (Image: Vibe with Five) The Irishman was captain of the club d...

The Irishman was captain of the club during Van Nistelrooy's time at Old Trafford but left the Dutchman stunned with his pre-match preparations.

Ruud van Nistelrooy has admitted he was "shocked" by how calm Roy Keane would act in his preparations for Manchester United matches.

The United captain had a reputation for being short-tempered on the pitch and that has carried through into his punditry with Sky Sports.

Keane is regarded as one of the greatest leaders in Premier League history, though Van Nistelrooy has explained how would be left speechless by the Irishman's pre-match preparations.

The legendary Dutch striker explained how Keane could be incredibly laid back before a game, only for a switch to go off as soon as the first whistle was blown.

"For me, he led the team in an unbelievable way," Van Nistelrooy told Vibe with Five with Rio Ferdinand.

"He was direct, everybody knows that. In the beginning, I had to get used to that. I had this hairband and for three months every day, he was talking about it. 'Get that thing from your head, what are you doing with that thing, you're in the Premier League now', but that was changing room banter.

"He kept you on your toes, I remember the way he prepared for a game, I was so shocked with that. He would be reading the programme, he's sat there in the dressing room so calm, easy-going, a relaxed read. He would put on his Diadora boots, which were like Rugby boots with big round studs.

"The shin pads were so small, no ankle protection, nothing. He'd jog a few times in the warm-up, the referees blows the whistle and there's an animal on the pitch. I don't know how, how does that happen?

"For me, that's an ability, to just switch on to focus, he did it in training as well. He would hammer himself after a training session if he hadn't played well. He set the standard for himself and everyone, which I appreciated. I had to get used to it though because, man, it was intense." 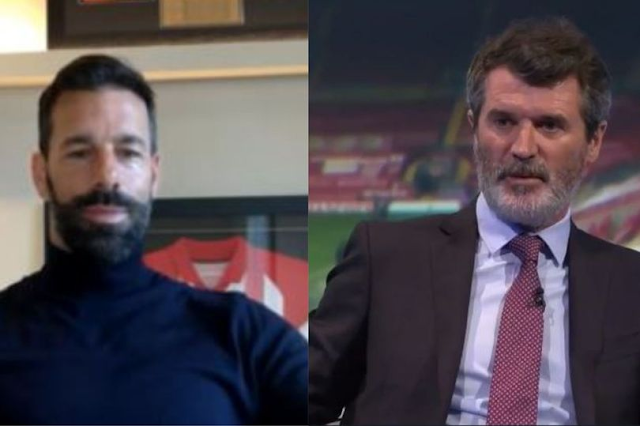