Showdown talks planned: Man United star wants transfer away as it emerges Solskjaer never even wanted him in the first place 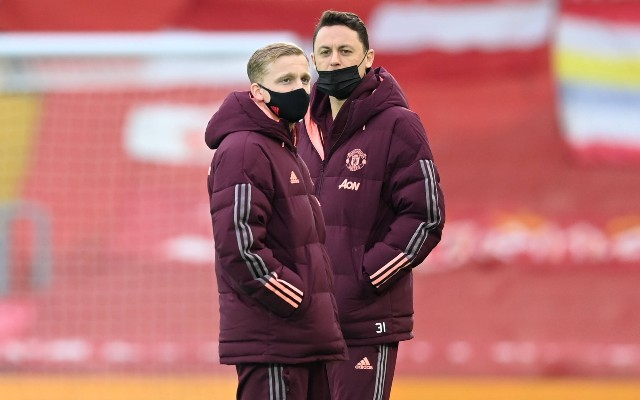 The 23-year-old has struggled since joining Man Utd from Ajax in the summer, and it looks like his stay at the club could end up being a short one.

Van de Beek is concerned about his lack of playing time at United, and he may now ask to leave the club at the end of the season, according to the Daily Star.

The report adds that it’s increasingly felt that MUFC manager Ole Gunnar Solskjaer didn’t even want to sign Van de Beek in the first place, and that won’t come as a huge surprise to anyone.

Van de Beek looked very promising in his time at Ajax, but it’s unclear why the Netherlands international has been so harshly overlooked by Solskjaer.

It seems he just doesn’t fit into the Norwegian tactician’s plans, though many Red Devils supporters will surely feel there’s room for him.

Paul Pogba hasn’t exactly set the world alight during his time at United, and it may be worth giving Van de Beek more opportunities ahead of the Frenchman.

If Van de Beek does end up leaving Manchester, it’s easy to imagine plenty of other top clubs will be willing to snap him up and give him the chance to revive his career.