Arsenal fans have fired back at Ole Gunnar Solskjaer after he appeared to aim a dig at Mikel Arteta. The Manchester United boss stated tha... 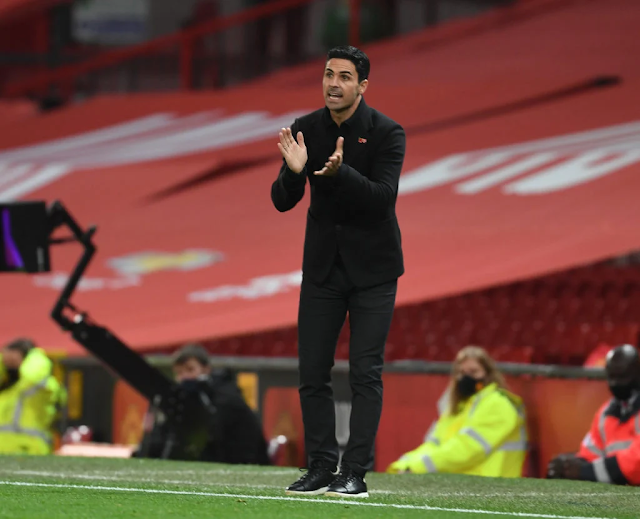 Arsenal fans have fired back at Ole Gunnar Solskjaer after he appeared to aim a dig at Mikel Arteta.

The Manchester United boss stated that winning a trophy ‘can hide the other fact of what’s happening at the club’, as quoted by MEN.

A number of Arsenal supporters have picked up on this and they are pretty sure that he is firing shots at Arteta.

After all, it’s Arsenal’s FA Cup last season that has seemingly bought the former midfielder more time in his current job after struggles at the start of the campaign.

Plus, Arsenal are sitting tenth in the Premier League table, but recent performances in Europe and that North London derby win has no doubt put Arteta on the good side of the Gunners faithful.

But Arsenal fans have made it clear to Solskjaer that their manager has a trophy in his cabinet, whilst he still tries to search for his first at Old Trafford.

Plus, they were also keen to point out Arteta taking four points off Manchester United this season, including securing two clean sheets.

Nonetheless, here is a selection of Arsenal fans reacting to Solskjaer’s comments:

Lmaooooo. Ole man you cannot be so salty bruv. 😭

At least beat the guy first before you throw shade 👀 https://t.co/4GL2l7JFhD

At least score a goal against the man you're critiquing https://t.co/40Le3rDIE6

This hypocrite changing the narrative to have digs at Arteta... pic.twitter.com/E58lHRTL9q https://t.co/uFX9TFGKUE

Sounds like someone struggling to win a trophy tbf https://t.co/dQm0gPVAX7