Ole Gunnar Solskjaer has tried to explain the delay in Edinson Cavani returning to action for Manchester United. I raised questions about ... 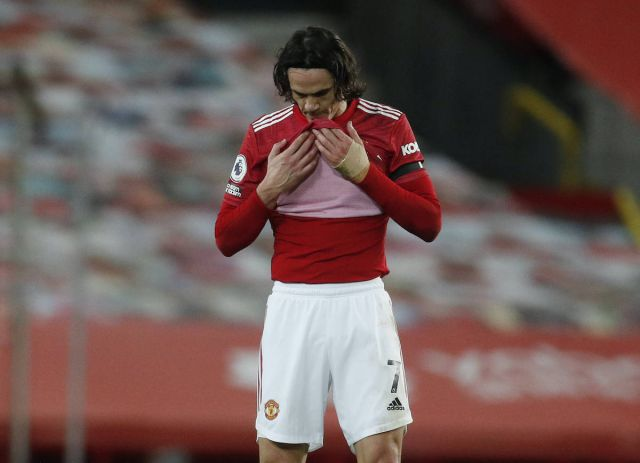 Ole Gunnar Solskjaer has tried to explain the delay in Edinson Cavani returning to action for Manchester United.

I raised questions about the Uruguayan on Thursday’s podcast and suddenly it seems like the game is catching up with him.

Speaking at the pre-match press conference ahead of Sunday’s FA Cup quarter-final versus Leicester City, the manager indicated that there was some degree of mystery over the 33-year-old’s injury.

He was withdrawn from the United squad that travelled to Milan this week, following a reaction in training as the forward attempts to make his return from the sidelines.

Cavani has missed nine more matches as a result, and Solskjaer has now provided an update on the 34-year-old ahead of Sunday’s clash with the Foxes.

“Edinson has worked really hard and joined in training sessions,” Solskjaer told the press, as per Reuters. “Towards the end he needs top it up to feel 100% ready for the game and hasn’t really got there yet.

“It’s down to him. He doesn’t want to come in and look off the pace. Hopefully he can be ready for Sunday but I’m not sure.”

Forgive me if I’m wrong, but I get the hint from Solskjaer’s press conference that all is not well with Cavani, and the manager probably feels as though he should be pushing himself more to be on the pitch and scoring goals.

Boca Juniors can have him if this keeps up.