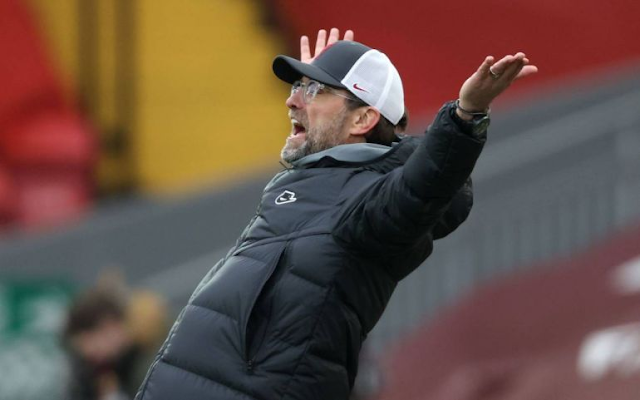 Jurgen Klopp’s men were near flawless throughout the two previous campaigns, winning the Premier League title for the very first time and adding another Champions League to their collection.

During that time, they went on the second longest unbeaten home run in Premier League history, but when finally beaten, fell to six consecutive defeats, including today’s loss to Fulham.

By being beaten by the relegation battlers on their home turf, Liverpool found themselves BOTTOM of the home form table out of every English football league club since 2021 began.

It’s an unprecedented change of fortunes, one that will be leaving Liverpool supporters across the land scratching their heads. Opta have posted another damning statistic via their Twitter channel that won’t help anyone feel any better.

115 - Following their 16 attempts this afternoon, Liverpool have now failed to score with each of their last 115 shots at Anfield in the @premierleague (ex. pens), the longest ever run by a side at home since we have exact times of shots available in the competition. Riddle. https://t.co/cyuijRhvZG

What on EARTH has gone wrong at Liverpool?

Whatever it is, it’s left many fans on Twitter all saying the same thing…

Liverpool are definitely the worst champions ever. Keano was spot on. https://t.co/SF5uToHLOb