Former Liverpool and Manchester United striker Michael Owen has given his view on who the Premier League's second-best team is. Michae... 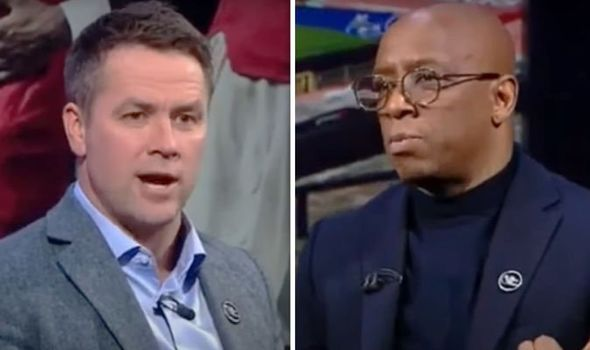 Former Liverpool and Manchester United striker Michael Owen has given his view on who the Premier League's second-best team is.

Michael Owen and Ian Wright disagree over who is the second-best team in the Premier League right now. Manchester City are currently top of the table, 14 points clear of second-placed Manchester United. Leicester are just one point behind United, with reigning champions Liverpool in eighth ahead of Monday's match against Wolves.

United beat West Ham 1-0 on Sunday to maintain their position in second after the weekend's action.

Owen, who used to play for both United and Liverpool, was asked after the match if the Red Devils were indeed the second-best side after City.

The former striker initially edged towards agreeing before claiming that Liverpool are in fact the owners of that position.

"The table obviously says that [United are second best] so you've obviously got to lean with that," Owen told Premier League Productions.

"I still watch them and try to fathom out 'what is a Manchester United style?'.

"What does Ole Gunnar Solskjaer tell them before the game? Because to me the team actually sits there and it looks like they've got counter-attacking off to a tee, I think they're a fantastic counter-attacking team.

"Still have questions against them when they're playing against teams who like to defend.

Jurgen Klopp's side have lost their last six Premier League matches at Anfield and Wright disagreed with Owen's claim.

To which Owen replied: "Stop laughing when you're talking! You're trying to wind me up."

Owen continued to press his case that his boyhood club were still above fierce rivals United.

He added: "They're reigning Premier League champions so they're still a very good team, they're just in a bad patch.

"Chelsea are looking good as well. I don't know, you could argue like we are now that they're the second best."