Manchester United suffered a 3-1 defeat to Leicester City in the quarter-final and are out of the Emirates FA Cup. The Reds are out of the... 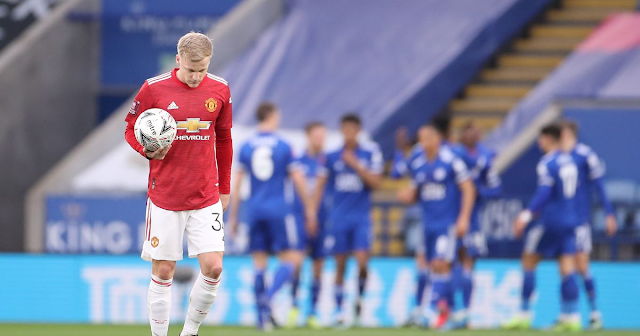 Manchester United suffered a 3-1 defeat to Leicester City in the quarter-final and are out of the Emirates FA Cup.

The Reds are out of the competition after Brendan Rodgers's side proved too strong at the King Power Stadium on Sunday, recording a 3-1 victory.

The hosts took the lead after Kelechi Iheanacho pounced on a defensive mistake when United tried to play out from the back. Ole Gunnar Solskjaer's men bounced back through Mason Greenwood before the interval, following great build-up from Paul Pogba and Donny van de Beek.

Unfortunately, after the break, Youri Tielemans' low-driven shot and an Iheanacho header settled the tie in the Foxes’ favour.

After the full-time whistle in Leicester, there were plenty of talking points to address… 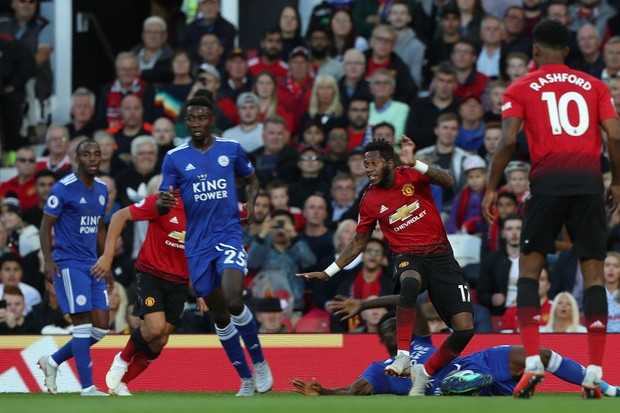 The 3-1 defeat ended the dream of securing the club’s 13th FA Cup this season. Sunday’s quarter-final-winners Leicester will face Southampton in the semi-final at Wembley, while Chelsea will take on Manchester City. The draw was made at half-time of the tie in the east Midlands.

MASON ON THE MARK

Greenwood has been in fine form in recent weeks and it’s just the goals that have been missing. Ole has warned after then AC Milan game in midweek that Mason would be firing soon, and he scored with his first attempt on Sunday.

Paul Pogba got past his opponent on the left and put a low cross towards Donny van de Beek. The Dutchman, on his comeback from injury, elegantly jumped over the ball and left it for Greenwood to smash in the equaliser for the Reds. A well-worked and deserved goal for our no. 11.

Since the start of last season, the Academy graduate has scored 22 goals in all competitions, the most by a teenager for clubs in the top-five European leagues.

Van de Beek announced his return to the United starting line-up with a signature dummy showcasing his magnificent awareness before Mason’s equaliser. On Sunday, our no. 34 made his first start for the Reds since our FA Cup fifth-round tie against West Ham United in February. The midfielder has been struggling with a muscle injury.

For only the second time this campaign, the Reds had to cope without Marcus Rashford. The Wythenshawe man got a knock at San Siro in midweek and was not in Ole Gunnar Solskjaer’s squad for the meeting with the Foxes. However, Ole did not have to look far for a replacement as both Edinson Cavani and Anthony Martial were deemed fit for action in Leicester. The latter got the chance from the off, while the Uruguay international came on in the second half.

Just past the hour-mark, Ole Gunnar Solskjaer opted to make four changes at once as we looked to get back in the tie. Pogba, van de Beek, Nemanja Matic and Alex Telles made way for Bruno Fernandes, Scott McTominay, Luke Shaw and Cavani. Amad replaced Fred for his FA Cup debut late on.

United became the first team in English football to use a quintuple substitution in June 2020, when we beat Sheffield United 3-0 in the Premier League.

Plenty of our first-team players will now join their respective countries for the international break. The Reds are back in action on 4 April, when Brighton & Hove Albion visit Old Trafford for a Premier League encounter.