Despite arriving at Manchester United in 2016 for £35m as the world’s most expensive teenager, Anthony Martial was relatively unknown cons... 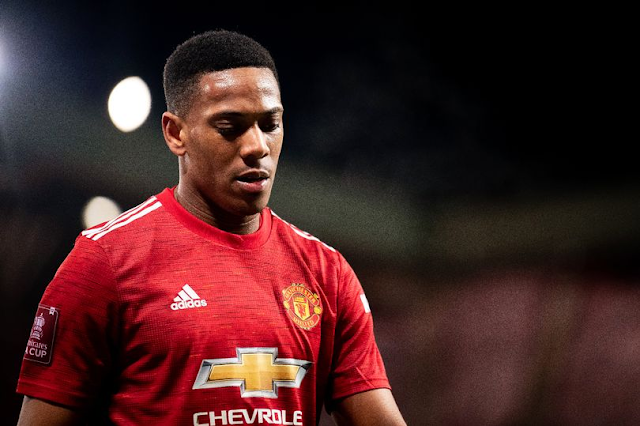 Despite arriving at Manchester United in 2016 for £35m as the world’s most expensive teenager, Anthony Martial was relatively unknown considering his sizable transfer fee.

He didn’t take long to announce his arrival to the Old Trafford faithful, though.

The Frenchman's debut goal against Liverpool, dancing and weaving past hapless defenders before slotting home, was a moment of individual brilliance.

However, since then Martial’s United career hasn’t exactly developed as that sensational debut suggested it would, and his inconsistency in front of goal has become an all too familiar narrative.

After Zlatan Ibrahimovic departed United, Martial was reunited with the number nine shirt, although he’s never truly convinced as a natural, prolific goalscorer.

To Martial’s credit, he scored 17 goals last season, but he’s failed to build on that excellent return this term, having scored just four goals in the league.

Notably, Martial has often been wasteful when presented with goalscoring opportunities and expected goals (xG) proves this observation.

According to Infogol, Martial has scored four goals from 7.4 xG in the Premier League, which is an underperformance of 82 per cent, meaning the data reaffirms his finishing has been poor.

Bruno Fernandes is United’s leading scorer this season with 16 goals in the league, and it speaks volumes that a midfielder is leading the scoring charts at United, even if he is the designated penalty taker.

It’s therefore unsurprising that the MEN understands United have made signing Erling Haaland their priority in the summer window, identifying the 20-year-old as Romelu Lukaku’s long-term replacement.

Haaland has enjoyed a meteoric rise at RB Salzburg and now Borussia Dortmund, establishing himself as one of the world’s best strikers, already possessing all the traits to excel in England’s topflight.

Unlike Martial, Haaland is a natural goalscorer, and it's interesting to see he has 19 goals from 13.4 xG in the Bundesliga, which suggests he’s a clinical finisher and that's just what United need.

The Norweigan has outperformed his xG in both seasons with Dortmund and when considering this, and Martial’s goal-scoring woes, United’s interest in sealing a move for Haaland is clearly vindicated.