'Ronaldo can go on for as long as he wants' - Juventus superstar sets his own limits, says Danilo

The Brazilian full-back has no doubt that his "incredible" team-mate is still capable of delivering the goods at the highest lev... 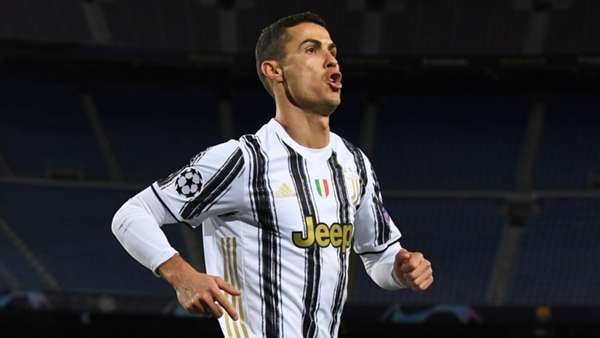 The Brazilian full-back has no doubt that his "incredible" team-mate is still capable of delivering the goods at the highest level week in, week out.

Cristiano Ronaldo can continue playing for as long as he wants, according to Danilo, who says the Juventus superstar sets his own limits.

Ronaldo has been revered as one of the best players in world football for the best part of the last 15 years, having taken in illustrious spells at Manchester United and Real Madrid while also making his mark on the international stage with Portugal.

The 36-year-old has shown no signs of slowing down since joining Juventus in 2018, and Danilo doesn't believe he will be contemplating hanging up his boots any time soon having witnessed the forward's pure dedication to his craft up close.

"I played with Cristiano Ronaldo for two years at Real Madrid and now at Juventus," the Brazilian defender told Marca.

"Many follow him from a distance and I am honoured to be part of his story. Seeing him work every day scoring goals and his ambition to win is incredible.

"He sets the limits. As long as he continues with this motivation, I can't see any limits for him.

"He can go on as long as he wants. Physically, he is incredible, he is 36 years old and plays every game. He does not rest and doesn't want to either, he is unique."

How has Ronaldo performed this season?

Ronaldo finished both the 2018-19 and 2019-20 campaign as Juve's top scorer, and is on course to do the same this season under Andrea Pirlo.

The Portuguese striker has hit 27 goals in 31 appearances across all competitions to date, including 20 in Serie A - two ahead of Inter's Romelu Lukaku in the race for the Golden Boot.

Ronaldo will have the chance to add to his tally when Juve try to overturn a 2-1 aggregate deficit in the second leg of their last-16 Champions League tie against Porto on Tuesday night.

The former Madrid talisman was rested for the Bianconeri's 3-1 Serie A win over Lazio on Sunday, and supporters will hope he can come back firing on all cylinders to help the team avoid an early European exit.

Ronaldo has already won two league titles at the Allianz Stadium, but he was initially brought in to inspire the club towards their first Champions League crown since 1996.

He may be unlikely to call time on his career just yet, but his hopes of winning a sixth Ballon d'Or would be damaged if Juve fall short in Europe again, with it reported that he could re-evaluate his future at the end of the season.