The last couple of years have been amongst the worst in Barcelona’s history, with multiple failures off the pitch mirroring those on it. O... 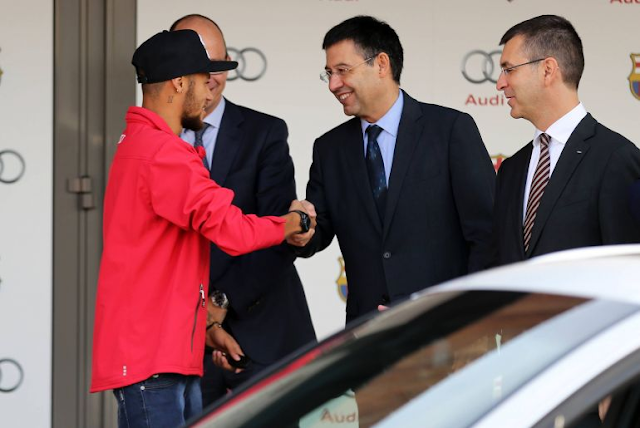 The last couple of years have been amongst the worst in Barcelona’s history, with multiple failures off the pitch mirroring those on it.

One of the most intriguing episodes of the past 24 months was the potential for Neymar to return to the club just a couple of years after signing for Paris Saint-Germain in a world record deal.

Sporting director at the time, Eric Abidal, has now revealed how close the club came to re-acquiring the Brazilian, and how disgraced former president, Josep Maria Bartomeu, ultimately decided to go in a different direction.

“Ten days before the end of the transfer window, I went to Paris to talk with Leonardo (PSG’s sporting director) and I was with my CEO, and we were talking about Neymar,” the Frenchman was quoted as saying by the Daily Telegraph.

“I think if the CEO goes to Paris Saint-Germain, it’s because we can sign him. If we didn’t sign Griezmann before, I think 100 per cent we could have resigned Neymar because what we needed was a winger and when Neymar was at Barcelona he was amazing.

Neymar formed a frightening attack alongside Lionel Messi and Luis Suarez at Barcelona.

“This is not about which player is better, it was what I thought was the position we needed at the time. The team needed a real winger. The president decided to sign Griezmann.

“One of the arguments against Neymar was that he had a court case against the club, so it’s not easy.

“They said he would have to stop the court process if he wanted to come back. That wasn’t my problem because I was not at the club when that dispute happened.

“In my view, I could sign the player, but it didn’t happen.”

The telepathic relationship that the Brazilian had on the football pitch with both Lionel Messi and Luis Suarez would surely have significantly impacted on the success that Barca could have had, had they not decided to sign Griezmann.

For all of the World Cup winner’s skills, he isn’t, and never will be, a true Barca player.