City have mastered the science of lockdown football There is a myth that Manchester City's 'bigger squad' has been the decisiv...

There is a myth that Manchester City's 'bigger squad' has been the decisive factor in their success so far in his campaign - it is simply not true.

Manchester City have made lockdown football look easy this season... but it has been far from simple.

So when their 14-point lead at the top of the Premier League, or their imperious onwards march in the cup competitions is put down as being due to their “big squad”, it can be a little irritating to players, staff and fans.

The simple fact is that, in terms of numbers, the Blues actually have the second SMALLEST squad in the Premier League, with just 22 players – seniors and regular under-21s like Phil Foden – being used.

League rules allow clubs to register 25 players plus unlimited numbers of under-21s, and only Leeds have a smaller squad.

Manchester United have a squad of 24, Liverpool have 23 – even if you don’t count youngsters like Curtis Jones and Nat Phillips – while Leicester have 24. Only Leeds, Wolves and Southampton have smaller squads than City.

Of course, in City’s case, that is tempered by the fact that their squad cost more than that of everyone else, and that is clearly a factor in doing well in all competitions.

But if various commentators and pundits mean "high-quality squad" rather than "big squad" they should say so, rather than perpetuate the tired myth that City are a bloated entity, packed out with players and adding to the roster at every opportunity with money no object.

But, as Manchester United, Chelsea and Liverpool have proved, just throwing money at the problem does not work – they have all, like City, had huge spending splurges in recent years.

And yet United’s £451m starting line-up which was bolstered by subs worth £84m, lost to Leicester in the FA Cup quarter-finals at the weekend, while City’s £376m starters, reinforced by £176m of subs, saw off Everton.

Guardiola has never made bones about it – he admits he could not play the same way without having some of the world’s best players in his squad. But the same goes for his rivals too – it is just that the amount they spend is not flagged up as much.

The cost of City’s squad has not been so much more than that of their Big Six rivals to make that much difference.

What HAS placed City in a different bracket this season is the husbanding of their resources.

Guardiola and his staff took a conscious decision to slow down their game when in possession of the ball.

The City boss said in January, explaining tweaks he had made to his tactics and approach: “The reason why we didn’t play too good, when we moved the ball, was because we moved too much, we ran too much. In football, when you have the ball, you have to walk and run in the right moments.

“When we don’t have the ball, we have to run as never before, like it’s the last ball in your life.

“I think with the ball now, we are more calm, more patient, make more passes, everyone is more in the position. That’s why we are able to play a little better.

“I think we're comfortable when everyone is in their position. Our game is quicker, is in a better position when we lose the ball, we are in better position to do the transitions.”

That has been a deliberate response to the challenges presented by pandemic football.

The season has been squashed into a smaller calendar, pre-season was curtailed for some and non-existent for City and United, due to their involvements in the two European competitions in August.

Guardiola’s response, to slow the pace down, be more patient and trust in their own quality with the ball, and run like demons, albeit with intelligent pressing without it, has been key.

City have improved their possession stats this season. Unfortunately, there are no up-to-date stats on distances covered by players, to see whether the Blues stars have managed to ease their work rate.

That has not only enhanced their game – they are a more measured, better structured team than last season – it has also, arguably, led to less fatigue and so fewer injuries.

Luck and good conditioning also plays into the numbers of casualties, and City have, so far, done well, with only Kevin De Bruyne, Gabriel Jesus and Sergio Aguero out for any potentially damaging amount of time.

On the other side of the coin, they have had 11 players who have missed more than ten days of football due to isolating in line with Covid rules – more than any of the other top teams.

Another facet of City’s success has been the fact that they have topped the Fair Play League this season – from 60 yellow cards and four red last season, they have cleaned up their act to just 30 yellow and no red cards, with eight games still to play.

Of course, reigning champions Liverpool can point to bad luck in terms of injuries, especially losing skipper Virgil an Dijk for most of the campaign due to a contact injury.

But Jurgen Klopp’s decision not to rotate much last season, and the good fortune he had in having his key men – Van Dijk, Sadio Mane, Mo Salah and Roberto Firmino – available for the whole campaign, was a major factor in their title win.

It is impossible to work out how much of Klopp’s strategy of playing his main men week in, week out has led to the frequency of their injury troubles this season.

This season, City have just two players with that kind of regularity – Ruben Dias (90 per cent) and Rodri (83 per cent).

Guardiola’s rotation has become a virtuous circle. By ensuring most of his players get plenty of rest, both during games and from matchday to matchday, they are protected from fatigue and associated injuries, and because they are usually fit, it allows him to continue rotation.

No other club has mastered the science of lockdown football quite like City – and they are reaping the benefits. 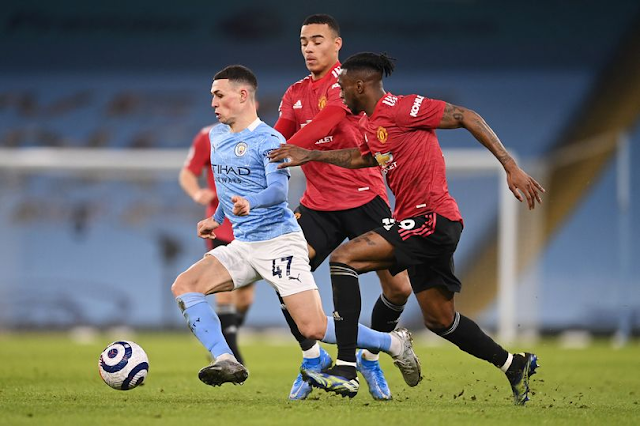