THE VERDICT IS UNANIMOUS: LUKE SHAW IS ON FIRE!

Luke Shaw was recognised as a standout player at Manchester United and across the entire Premier League on Sunday night, after impressing ... 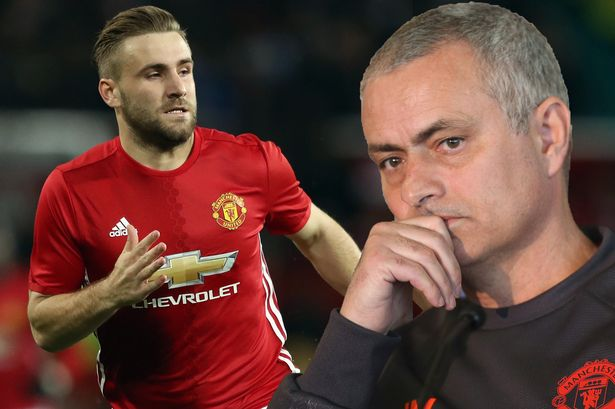 Luke Shaw was recognised as a standout player at Manchester United and across the entire Premier League on Sunday night, after impressing once again in the 1-0 win over West Ham.
The 25-year-old is playing the best football of his career right now and produced another excellent performance against the Hammers, providing a superb outlet on the left wing all night.
Supporters voted Shaw our Man of the Match via the Official App and his display at the Theatre of Dreams was a topic of conversation during MUTV’s post-match analysis, with legendary full-back Denis Irwin speaking glowingly about the February Player of the Month.

“Luke has been brilliant this year, he really has,”

“He is in a rich vein of form at the moment and I thought he was very composed tonight, defensively and in attack.

“In the first half, it [the left flank] was probably the area where we thought we would get something from the game in terms of attacking and it opened up in the second half. He was just so good. It is easy to single Luke out, but the whole defence was great and you wouldn't say any anybody played poorly.

“I thought it was a great team performance and Mason led the line very, very well. We could have scored more goals but Luke is the standout performer at the moment, he really is. Confidence, it's all about confidence.”

United Academy graduate and respected analyst Danny Webber agreed with Irwin’s assessment when picking Shaw as his Man of the Match from the victory.

“He is playing with an air of confidence at the moment and I go back to the second half, when he got put in a bit of trouble – he just rolled his foot over the ball and came out,”

“It wasn't an easy thing to do, which shows the level of confidence he is playing with. He bombed forward all game, defended, got in numerous blocks and he is doing it with ease. He is reading the danger and just playing, so for me Luke takes the award.”

Data guru Statman Dave also raved about Shaw in his detailed study of the game, telling viewers that Luke is officially the most creative player in the Premier League in terms of chances created.

“It was another great display,”

“Denis spoke about how good he has been this season and he is really in form right now. We saw that creativity in the first half, that movement into the inside channel, and the crosses were absolutely superb.