Tammy Abraham’s absence from the Chelsea squad this afternoon against Sheffield United has been explained by manager Thomas Tuchel. Abraha... 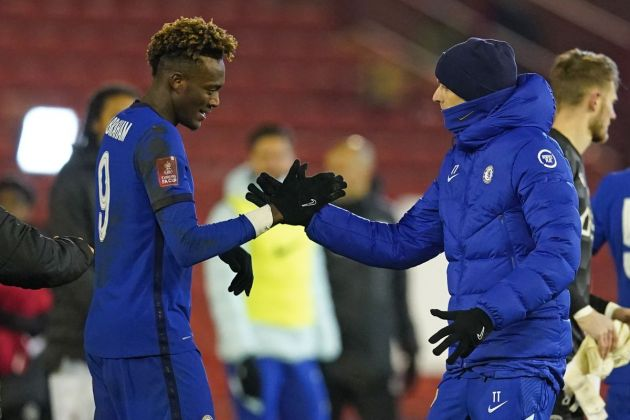 Tammy Abraham’s absence from the Chelsea squad this afternoon against Sheffield United has been explained by manager Thomas Tuchel.

Abraham is Chelsea’s top scorer in all competitions this campaign, having scored 12 goals. However, it’s been some time now since we’ve seen him in action in a Chelsea shirt.

The Englishman has been struggling with an ankle injury, one which has seen him fall into obscurity, with both Timo Werner and Kai Havertz beginning to hit their stride in his absence.

Today’s clash with Sheffield United in the FA Cup quarter-finals would have been a great chance for the 23-year-old to get some minutes under his belt, but he was excluded from the squad in it’s entirely.

As reported by Goal reporter Nizaar Kinsella on Twitter, Thomas Tuchel has provided some insight into why Chelsea fans did not get to see the striker in action this afternoon.

Abraham is really out of luck at current. Let’s hope that he can get himself fit and get back to his best as soon as possible – it’d be to the benefit of both Chelsea and England.

Tuchel says Chelsea let Sheffield United into the match and adds: "Honestly, I could feel it in training in the last few days that we feel tired and lack a bit of concentration." #CFC #CHESHU #FACup