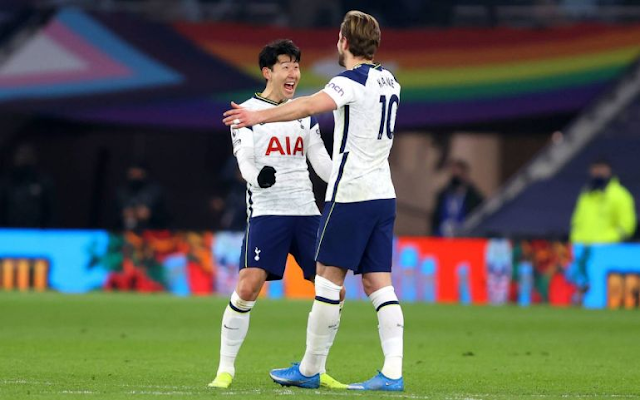 After a quite incredible start to the Premier League campaign, Kane and Son’s direct goal contributions as a pairing began to dry up. As you’d expect, that coincided with Spurs’ slide down the table, with the gap between themselves and the top four beginning to stretch.

With a victory over Palace at the Tottenham Hotspur Stadium tonight, Jose Mourinho’s men closed the gap on fourth place Chelsea to just two points, and it was in no small part thanks to the influence of the brilliant Harry Kane and Son Heung-min.

While Son was unable to get on the scoresheet himself this evening, he did assist Kane’s second goal of the night, and in doing so, the pair achieved something never done before in Premier League history. Wow!

🏴󠁧󠁢󠁥󠁮󠁧󠁿 🇰🇷 @HKane and Heung-Min Son have now combined for more goals in a single season than any other duo in @premierleague history!
#THFC ⚪️ #COYS pic.twitter.com/WmyA7i8W6i