With Tottenham Hotspur playing brilliantly well in his absence, England international, Eric Dier, may find it hard to get an extended run ... 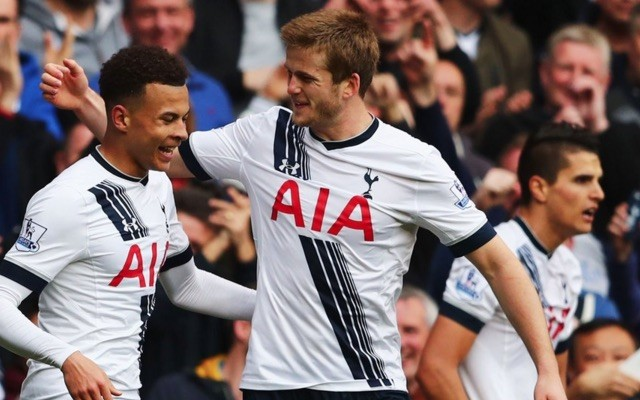 With Tottenham Hotspur playing brilliantly well in his absence, England international, Eric Dier, may find it hard to get an extended run in the side for the remainder of the season.

He did play in the Europa League match against Dinamo Zagreb on Thursday, but there’s no guarantee that Jose Mourinho will rush to put him back into the starting line-up for Premier League matches.

Former Aston Villa star, Gabby Agbonlahor, believes he knows exactly why that is.

“I’ve never really rated Eric Dier as a centre-half. I look at him and he’s the perfect centre-half I would have loved to have played against,” he said to Football Insider.

“Sanchez has got the pace but he’s not as good as the ball but you’d rather sacrifice being good on the ball. Your biggest attribute as a defender now is you’ve got to be able to run and match the quick strikers in the Premier League and Europe.

“Alderweireld as well is more of an all-round defender than Dier.”

It’s a brutal assessment of Dier’s shortcomings and will do nothing for the player’s confidence if he were to read such comment.

Agbonlahor may well be correct in his assessment of Dier having no pace, however, that’s something that could’ve been directed his way long before now and he seems to have managed just fine to this point.

There’s nothing better than proving people wrong, so expect to see Dier, when he’s given the chance, doing his upmost to make a mockery of Agbonlahor’s outburst.