Liverpool and Manchester United are keeping tabs on Nabil Fekir over a possible move in the summer transfer window. According to a report ... 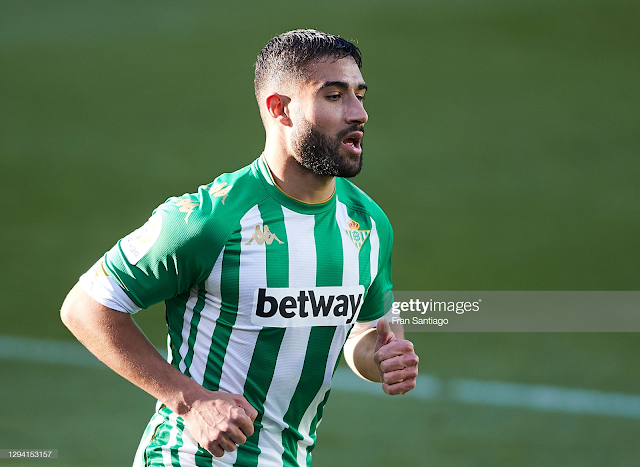 Liverpool and Manchester United are keeping tabs on Nabil Fekir over a possible move in the summer transfer window.

According to a report by Fichajes, Nabil Fekir has once again emerged on the radar of Liverpool ahead of the upcoming summer transfer window. The French international is also being tracked by Manchester United and Inter Milan, both of whom are considering a move for him.

Nabil Fekir joined Real Betis from Lyon in the summer of 2019, only a year after he was on the cusp of joining Liverpool. Since joining the Spanish outfit, the 27-year-old has been a key figure for Los Verdiblancos and is enjoying a fine 2019/20 campaign, that has seen him rack up 3 goals and 6 assists in 30 appearances across all competitions.

However, ahead of the summer transfer window, Fekir has once again become a hot property in the market, owing to his impressive displays this season. And, as per the report, Liverpool seem to have reignited their interest in the French international, who is also the subject of interest from the Reds’ rivals Manchester United.

Liverpool’s interest in Fekir does not come as much of a surprise, considering he could be an able replacement for two players who face an uncertain future at Anfield – Georginio Wijnaldum and Mohamed Salah. The Frenchman is adept at essaying both the no. 8 role as well as the one on the right-wing.

With that in mind, Fekir could also be a like-for-like alternative for someone like Rodrigo De Paul, who has been linked as a replacement for Wijnaldum. Manchester United, on the other hand, could have a more straightforward usage of a player like Fekir.

While the 27-year-old is unlikely to displace Bruno Fernandes from the no. 10 berth, the fact that Donny van de Beek faces an uncertain future and could be bartered to sign priority target from Borussia Dortmund means he could replace the Dutchman at Manchester United.

In addition, Paul Pogba faces an uncertain future at Old Trafford as well, meaning Fekir could come in as a replacement for his compatriot. Meanwhile, apart from Liverpool and Manchester United, Inter Milan have also been monitoring his situation ahead of the summer.

Real Betis, though, are likely to stand defiant in their bid to keep hold of Fekir beyond the coming window, meaning it might take a considerable offer to prise him away from the Benito Villamarin Stadium. What now remains to be seen is if Liverpool and Manchester United are prepared to pay the big bucks to land Fekir, or if he stays put at Real Betis before the 2021/22 season begins.