Championship bound Sheffield United are not having a good time. After sitting rock-bottom of the Premier League following a disastrous cam... 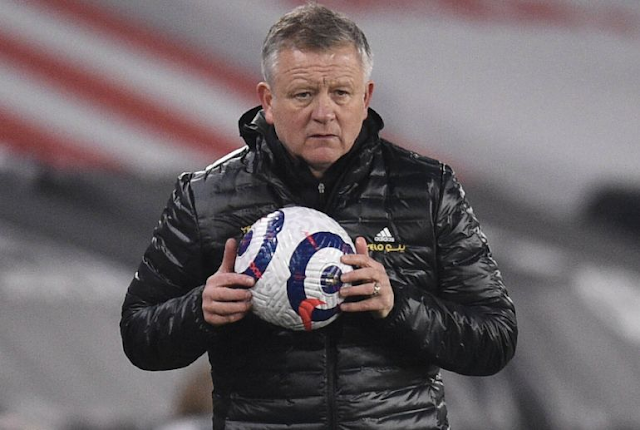 Championship bound Sheffield United are not having a good time. After sitting rock-bottom of the Premier League following a disastrous campaign, the Blades’ misery is set to be piled on after reports emerge suggesting manager Chris Wilder will be sacked.

Sheffield United were one of the Premier League’s outstanding performers last season; a top-half finish saw Wilder’s men punch way above their weight.

However, during this season’s post-COVID campaign, the Blades have struggled to replicate some of their earlier form which previously helped them retain their place in England’s top-flight.

After sitting on just 14 points in the Premier League table, 13 points from safety, it is only a matter of time until the Blades’ fate is sealed.

However, in a dramatic turn of events, according to a recent report from the Daily Mail, gaffer Wilder won’t be in the Blades’ dugout for much longer.

It has been claimed that Wilder has clashed several times with owner Abdullah bin Musa’ad bin Abdulaziz Al Saud over the club’s transfer policy.

Apparently, Wilder, who has been responsible for identifying recruitment targets, has been left bitterly disappointed that the club’s hierarchy has not pursued his first-choice signings, including Jesse Lingard and Ollie Watkins.

It has been reported that the pair’s continued rows have resulted in a falling out which will ultimately see the English manager depart the club on Friday.