In the 37th minute of today’s marquee Premier League clash between West Ham and Arsenal, the Gunners pulled a goal back through Alexandre La... 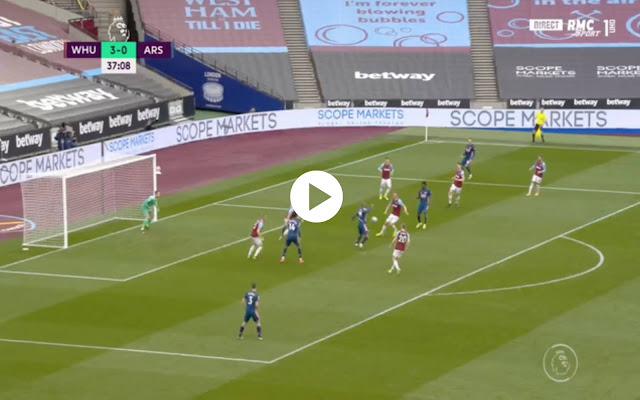 In the 37th minute of today’s marquee Premier League clash between West Ham and Arsenal, the Gunners pulled a goal back through Alexandre Lacazette.

Arsenal recovered the ball in midfield, Martin Odegaard drove forward and slipped the ball to a marauding Calum Chambers on the right flank.

Chambers, who has returned to the team recently, fired in a low cross, Lacazette managed to win control the ball after it bundled off his foot and knee.

The Frenchman ended up blasting the ball into the back of the net with a powerful half-volley, a tidy finish to give the Gunners hope of a comeback.

It was eventually credited as a Tomas Soucek own goal, due to the slight deflection as Lacazette hit.

It's raining goals at the London Stadium! ☔

Calum Chambers picks out Alexandre Lacazette who fires a shot into the roof of the net to give Arsenal a lifeline! 🔥

Mikel Arteta should be absolutely disgusted with the side’s first-half performance, they’ve now got a mountain to climb to try and rescue a point owing to some trademark shoddy defending.