Video: Chelsea star Ben Chilwell ‘ended’ by fine flick skill from Raphinha as these fans suggest left-back is on ‘toast’

In the 23rd minute of this afternoon’s Premier League encounter between Leeds and Chelsea, Ben Chilwell was left stumbling at hands of Peaco... 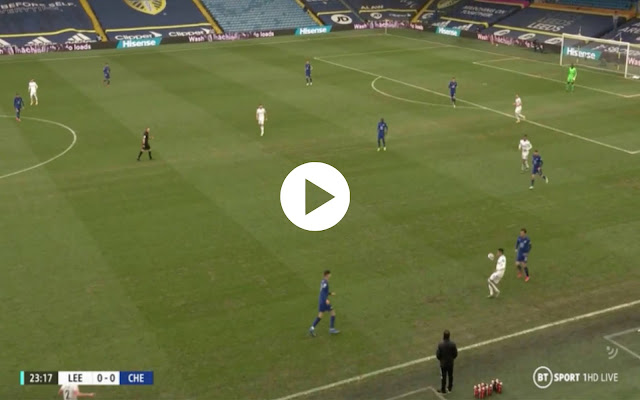 In the 23rd minute of this afternoon’s Premier League encounter between Leeds and Chelsea, Ben Chilwell was left stumbling at hands of Peacocks phenom Raphinha.

Luke Ayling volleyed the ball down the right-flank, Raphinha showed his silky quality as he expertly controlled the ball with his chest before flicking the ball over the Chelsea left-back’s head.

Chilwell stumbled as he attempted to recover from the moment, 24-year-old Raphinha really had his way with the Blues big-money full-back recruit here.

Some fans took to social media to state that England international Chilwell was ‘ended’ after the trickery, with it added that Raphinha has the Blues defender on ‘toast’ today.

Raphinha has attracted the interest of Manchester United and Liverpool with his brilliant debut Premier League campaign, moments like this against top opposition will increase his value even more.

Raphinha has quickly emerged as one of the most exciting players to watch in the Premier League, a fine feat from someone in their debut campaign in the English top-flight.

The attacking midfielder also seems to be steadily improving, which is a dangerous prospect for oppositions and also a sign that Leeds may struggle to hold on to the playmaker past this summer even.

Here’s how some football fans have reacted to the Brazilian dominating the battle so far: