In the 59th minute of today’s international friendly between Northern Ireland and the USA national team, the Yankees were handed a golden op... 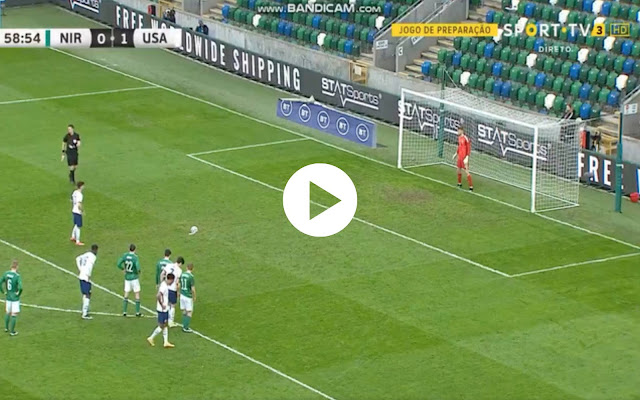 In the 59th minute of today’s international friendly between Northern Ireland and the USA national team, the Yankees were handed a golden opportunity to extend their lead after being awarded a penalty.

Chelsea star Christian Pulisic, who is the nation’s footballing poster boy, stepped up to the plate and somehow managed to hit the back of the net with a respectfully very poor spot-kick.

Pulisic’s effort was a low one driven into the middle right area of the goal, Celtic and Northern Ireland keeper Connor Hazard dove down in the correct direction but strangely couldn’t get a hand to the ball.

It’s not clear what exactly went wrong for the Blues winger in an attempt that was almost saved and would’ve left Pulisic facing unnecessary embarrassment as he looks to get minutes during the break.

Chelsea fans shouldn’t be complaining after the moment, though they’ll want to hope Pulisic isn’t handed penalty duties anytime soon, all that matters is that the star has notched a confidence booster.