In the 49th minute of this evening’s World Cup qualifier between Portugal and Luxembourg, Cristiano Ronaldo took it upon himself to fire t... 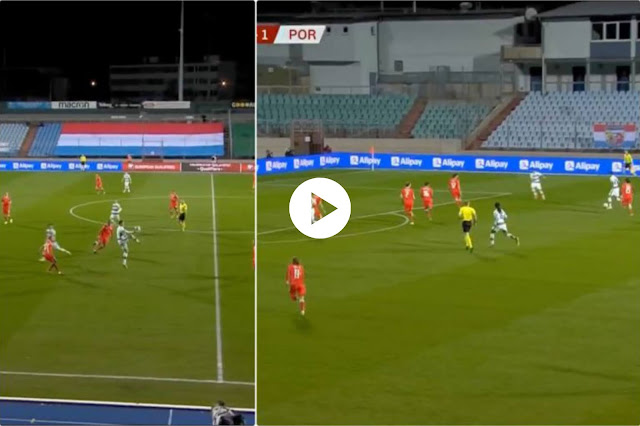 In the 49th minute of this evening’s World Cup qualifier between Portugal and Luxembourg, Cristiano Ronaldo took it upon himself to fire the Selecao ahead against the minnows.

The five-time Ballon d’Or winner attempted to flick the ball over to a teammate as he met a goal kick, but the pass bundled away, there was no fretting as Ronaldo charged onto the loose ball anyway.

Ronaldo then drove forward into the final third before slotting the ball over to a marauding Joao Cancelo on the right flank.

The Luxembourg centre-back did not try to stop Ronaldo darting behind with a clever run as the Man City full-back floated a lovely cross in, to be fair the odds were stacked against them anyway.

Ronaldo then shifted his position to fire the ball into the back of the net with a side-foot volley, cutting out the mistakes he made in a similar situation against Serbia, after a ball from Bruno Fernandes.

It’s not surprising to see Ronaldo making an impact immediately after a frustrating game for the all-time great against Serbia, though it does come against respectfully – yet valiant – much weaker opposition.

After an early scare, Cristiano Ronaldo now has Portugal ahead against Luxembourg pic.twitter.com/cekrTempXr