Chelsea almost fell behind in the 54th minute of their Premier League clash against Leeds on Saturday afternoon, they would’ve been trailing... 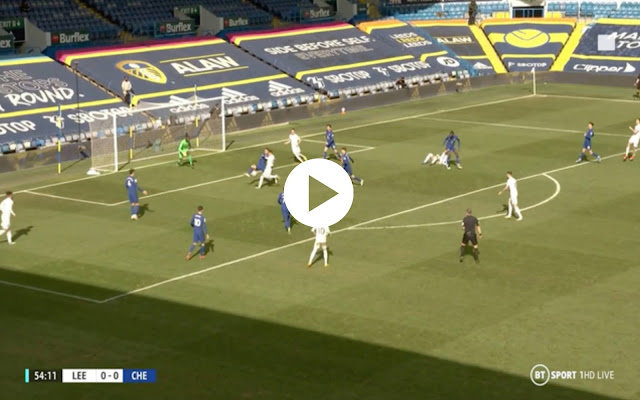 Chelsea almost fell behind in the 54th minute of their Premier League clash against Leeds on Saturday afternoon, they would’ve been trailing if it wasn’t for some heroics from goalkeeper Edouard Mendy.

West Brom academy graduate Tyler Roberts absolutely turned Andreas Christensen inside and out with some lovely dribbling on the left-wing before floating a cross into the box.

Rodrigo nodded the ball down to the middle of the area after being left with a free header, Raphinha then held off Cesar Azpilicueta as he turned and fired a strike at goal eight yards out.

The effort drilled into the ground, leaving it to bounce, which meant Mendy was in a tricky spot having dived to his right, the summer signing showed brilliant reactions to drop down and parry the ball away.

Raphinha has been very lively for the Peacocks at Elland Road today, with the Brazilian playmaker beating big-money Ben Chilwell with some lovely skill in the first-half.

Thomas Tuchel will be absolutely delighted with Mendy’s contributions today, whilst Christensen certainly owes the Senegalese star a share of any potential clean sheet bonus.