Video: Harry Kane stunner – Tottenham captain gets in on the act vs Crystal Palace with superb curling effort into the top corner

Harry Kane, take a bow. The Tottenham skipper was not content with two assists for Tottenham against Crystal Palace tonight, he’s gone and n... 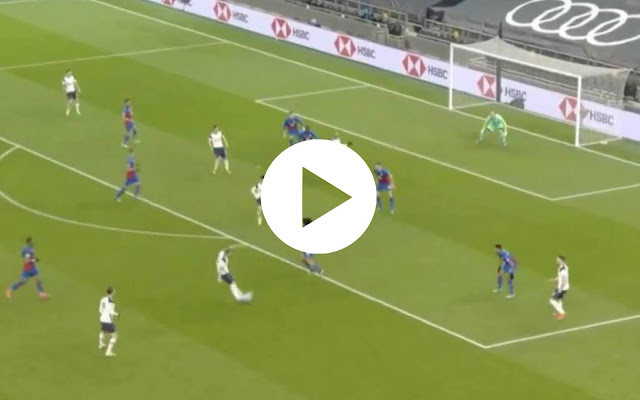 Harry Kane, take a bow. The Tottenham skipper was not content with two assists for Tottenham against Crystal Palace tonight, he’s gone and netted an absolute stunner.

Kane, as he oftentimes has this term, turned provider for both of Bale’s goals this evening, which saw Spurs hold a 2-1 lead over London rivals Crystal Palace.

He is a striker by nature, though, and scoring goals will always be top of Kane’s list of priorities.

Kane has scored some absolute beauties during his time as a Tottenham player, but few have been as sweetly struck as the one he’s netted against Palace tonight.

The England international hit the ball first time after having it played back to him on the edge of the penalty area and perfectly bent it into the far top corner – an absolute peach.

🗣 "An absolute beauty from Harry Kane!"

Harry Kane adds to his two assists for Gareth Bale by scoring a sublime first time effort from the edge of the box! 🔥