Tottenham are two goals to the good away at Aston Villa this evening, with Harry Kane having converted from the penalty spot. After Spurs’ d... 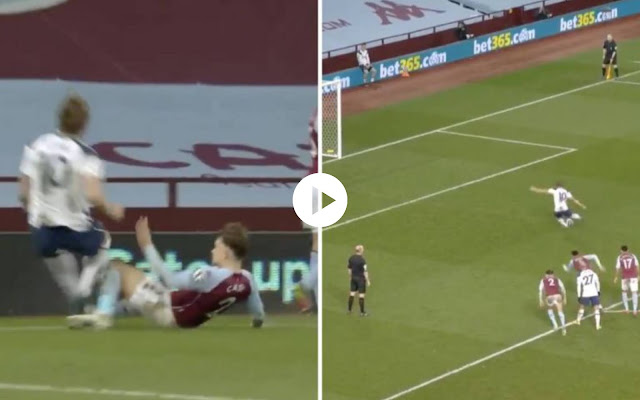 Tottenham are two goals to the good away at Aston Villa this evening, with Harry Kane having converted from the penalty spot.

After Spurs’ disastrous exit from the Europa League midweek, Jose Mourinho’s men needed to respond at Villa Park tonight, with the North London outfit heading into the contest in eighth place in the Premier League.

Having survived an early Aston Villa onslaught, Spurs struck on the counter, with a neat one-two between Kane and Lucas Moura resulting in Carlos Vinicius being gifted his first Premier League goal.

A one-goal advantage is a slender one in this division, which Mourinho will be well aware of. It’s for that reason he would have been overjoyed to see Kane hit the deck and a penalty be awarded after a calamitous challenge from Matty Cash.

Kane, as you’d expect, stepped up to the spot to take the penalty, and as if there was going to be any other outcome, he smashed it past Emiliano Martinez to all-but secure three points for Spurs.

Harry Kane wins and then converts a penalty to double Tottenham's lead against Aston Villa.