Video: Luis Suarez fires Atletico ahead in the Madrid derby with brilliant outside of the boot finish past Thibaut Courtois 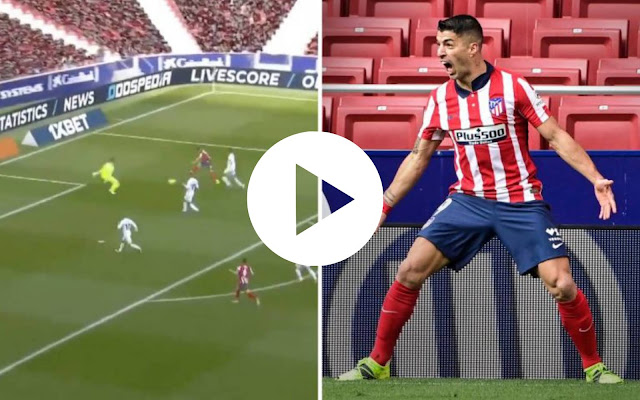 It’s first blood Atletico in today’s Madrid derby, with former Barcelona man Luis Suarez finding the back of the net.

Diego Simeone’s men threatened to run away with the La Liga title, but dropped points allowed both Barca and Real back into the race. Atleti headed into today’s clash with their city rivals knowing that defeat could spell serious trouble in their bid to be champions of Spain.

Thankfully from an Atletico perspective, when you have one of the best, and most prolific, centre-forwards of his generation leading your line, you’re always in with a chance of finding the back of the net. Luis Suarez is arguably the best of his generation, and his presence has paid dividends for the league leaders today.

Suarez race through one-on-one with former Chelsea keeper Thibaut Courtois before bending it around the Belgian number one with the outside of his right-foot, a characteristically classy finish from the Uruguayan, and a potentially huge goal in the title race.