Manchester United legend Gary Neville has revealed his surprise at Ole Gunnar Solskjaer’s decision to rotate his squad for the FA Cup quar... 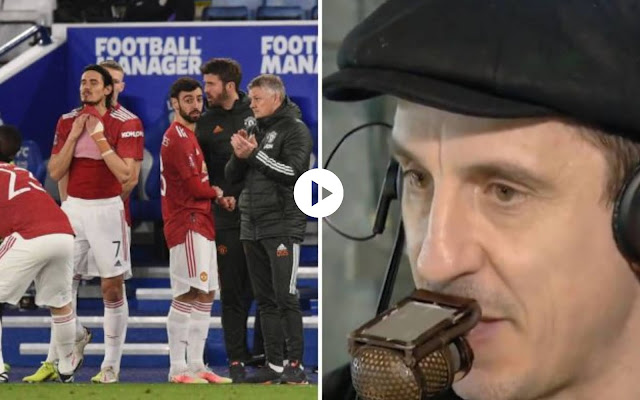 United headed out for the second-half of yesterday’s clash with Leicester at the King Power with honours even, knowing that victory would set them up for an FA Cup semi-final clash at Wembley against Southampton, a side they beat 9-0 earlier in the campaign.

However, even after Solskjaer brought on the big-guns midway through the second-half, Man United rarely threatened Kasper Schmeichel’s goal, eventually crashing out the competition having been defeated 3-1, and it could have been even more.

Neville, speaking to Sky Sports, appears to be struggling to understand why personnel changes were made by Solskjaer ahead of such a significant game. He also rues the missed opportunity, with his belief that United need to win a trophy, with the FA Cup providing an opportunity do to exactly that…

🗣"That group of players need to win a trophy under Ole Gunnar Solskjaer."