Manchester United loanee Jesse Lingard, on the week of his return to the England setup, has opened the scoring for West Ham against Arsenal.... 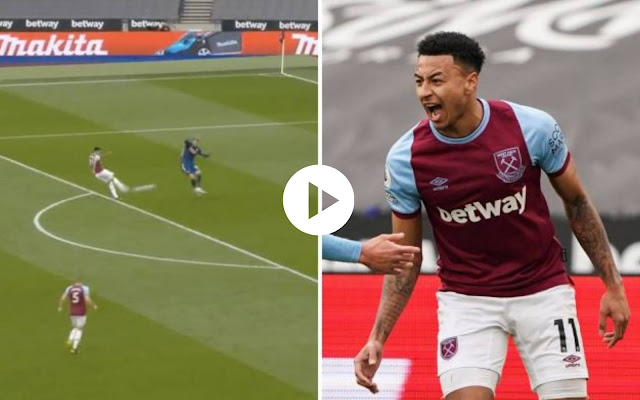 Manchester United loanee Jesse Lingard, on the week of his return to the England setup, has opened the scoring for West Ham against Arsenal.

Lingard was almost completely frozen out at Old Trafford and decided to depart in January in search of greener pastures in East London. While the initial deal was a temporary one, you get the feeling the Hammers will do everything in their power to make it permanent when the summer comes around.

The midfielder has been a revelation for David Moyes’ men since joining the club, with his latest goal against Arsenal this afternoon testament to that. Lingard found himself with a pocket of space and a bouncing ball on the edge of the penalty area, and what he did next was pretty special.

He fires West Ham in front with a peach of a half volley before teeing up Jarrod Bowen for a second moments later! 🍑

Lingard would probably get into the Manchester United starting XI in the form he’s in currently, but everything he’s touching at West Ham is turning to gold. You feel as though he’d be mad not to continue this adventure beyond the end of the season.