Jesse Lingard is back at Old Trafford this evening – unable to play, but free to greet his former Manchester United teammates. Lingard has M... 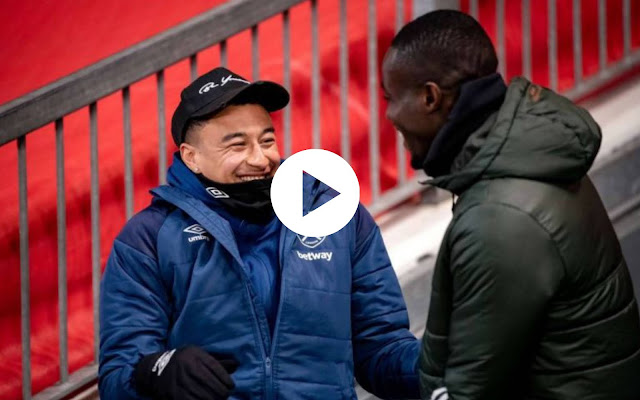 Jesse Lingard is back at Old Trafford this evening – unable to play, but free to greet his former Manchester United teammates.

Lingard has Man United running through his blood, so even if he wasn’t ineligible to feature for West Ham this evening, you think that it would’ve been difficult to for him to face his parent club at Old Trafford.

Thankfully for the once England international, he didn’t have a say in the matter, meaning he could comfortably watch from the sidelines and give his well-wishes to his Man United teammates, who he departed back in the January transfer window.

Ahead of kick-off in tonight’s game, which is very much a six-pointer in the race for Champions League qualification, Lingard was spotted waiting by the tunnel to share a hug with several Man United players as they headed in from their warm-ups.

There’s plenty riding on this game, with Lingard undoubtedly hoping the Hammers come out on top, but there’s still plenty of love for his friends back at the club who made him the player he is today…