A dressing room clip following the Ivory Coast national team’s win against Niger has emerged on social media, which shows exactly how Man ... 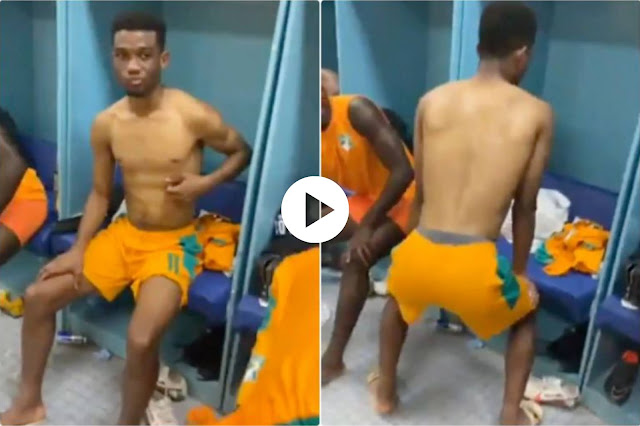 The 18-year-old won his first ever cap for his homeland after being brought on as an 86th minute substitute in the 3-0 win that sealed a spot in the Africa Cup of Nations, his highlights can be seen here.

One of the Ivory Coast players directed their camera on the tricky winger whilst the team were in the changing room, whilst Amad Diallo was scratching his torso.

Then an unusual moment came, Amad sprang into a Twerking dance which won the laughter and cheers of his new international teammates.

Many wouldn’t have expected this to be the manner in which Diallo would dance to celebrate his feat, but it did the track with the Ivory Coast squad and that’s all that matters.

painting whilst listening to bruno mars >>>

We don’t tend to see mens players Twerking in celebration very often – perhaps at all by our past knowledge – but maybe this is something that will catch on after the reaction Diallo won for his efforts.

Hopefully, Covid-19 protocol hasn’t left Diallo unable to celebrate the life-changing feat with his family and loved ones whilst he’s away in Africa.