Footage of a major fallout during the meeting between Manchester United’s U23s and their Tottenham counterparts earlier today has come to ... 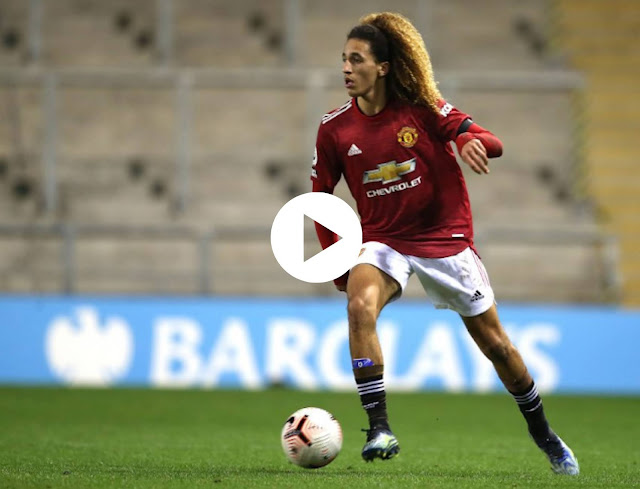 Footage of a major fallout during the meeting between Manchester United’s U23s and their Tottenham counterparts earlier today has come to the fore online.

Neil Wood’s United were back in action a short time ago, in a Premier League 2 meeting with Spurs.

The Red Devils headed into proceedings sitting 6th in the table, albeit in the knowledge that a victory would have guided them up to 3rd, two points clear of their hosts at the Hotspur Way Training Centre.

When all was said and done in the capital, however, the visitors were downed, in altogether convincing fashion.

Jamie Bowden opened the afternoon’s scoring from the penalty spot with 27 minutes on the clock, before Marcel Lavinier doubled Tottenham’s advantage shortly after the hour mark.

Kion Etete then went on to round out a comprehensive victory for Wayne Burnett’s hosts 5 minutes from time, to guide Spurs into the Premier League 2’s top-3.

As outlined above, however, whilst the one-sided nature of the eventual scoreline in north London proved noteworthy in itself, it has in fact not proven the main talking point to have stemmed from Friday’s clash.

Instead, this has surrounded the heated nature of the action between United and Tottenham.

The two sides were keen to take absolutely no prisoners this afternoon, eventually resulting in both Ethan Galbraith (United) and George Marsh (Spurs) seeing red.

Things came to a head during a 2nd-half scuffle, centering on Red Devils prodigy Hannibal Mejbri.

The highly regarded Frenchman, who penned a new long-term contract at Old Trafford just this week, was at the heart of a serious altercation between players from both sides, which saw a number of those involved lucky not to have joined the aforementioned Galbraith in being sent for an early bath.

The incident can be seen below, with midfielder Mejbri instantly recognisable due to his hairstyle: