Liverpool star Mohamed Salah is filling his boots during Egypt’s trampling of Comoros in AFCON qualifying – and can you blame him? Salah, ... 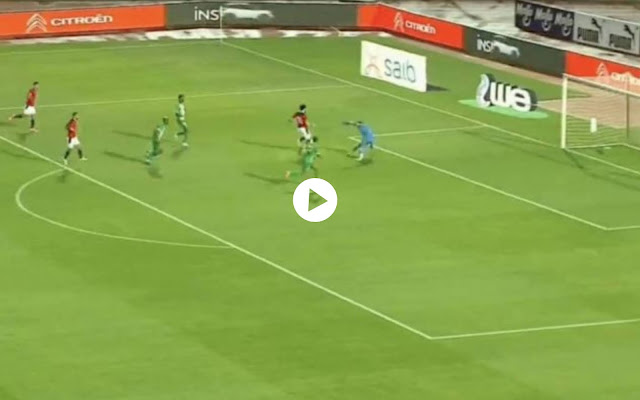 Liverpool star Mohamed Salah is filling his boots during Egypt’s trampling of Comoros in AFCON qualifying – and can you blame him?

Salah, while he hasn’t received the plaudits he has in campaigns gone by, with that largely being down to Liverpool’s shortfalls as a collective, has been in superb form in front of goal all season.

The 28-year-old has 25 goals in all competitions for the champions this season to date, and much to the delight of Jurgen Klopp, no doubt, he doesn’t appear to have any intention of stopping there.

With Salah already having got on the scoresheet in Egypt’s AFCON qualifying clash with Comoros this evening, Salah made a sharp dart into the penalty area, rounded the goalkeeper and found the back of the net.

Irrespective of the standard of the opposition, this is vintage Mohamed Salah, running beyond the defensive line and keeping his cool in front of goal.

Liverpool will need him in this kind of form when he returns if they want to have any hope of qualifying for the Champions League.