One England star was somehow left embarrassed immediately after the Three Lions took the lead against Albania in an unfortunate moment. When... 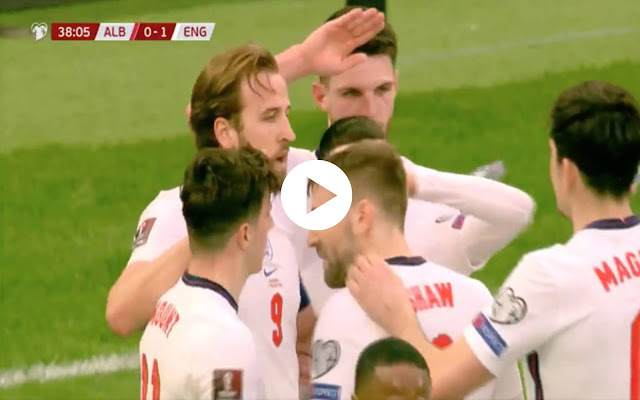 One England star was somehow left embarrassed immediately after the Three Lions took the lead against Albania in an unfortunate moment.

When Gareth Southgate’s men broke the deadlock in the 38th minute, the majority of the team headed over to Harry Kane to celebrate the opener, with Declan Rice one of the bunch.

Rice approached from behind after Harry Kane embraced Raheem Sterling and Phil Foden. The West Ham midfielder raised his hand for a celebratory slap, but was left hanging as more teammates arrived.

Luke Shaw was honoured for his creation of the goal, whilst Kane also patted the head of Mason Mount and celebrated with centre-backs Harry Maguire and John Stones, as Kalvin Phillips also burst forward.

All this time, Rice’s hand was still floating in the air desperately waiting to be met, best friend and former Chelsea academy teammate Mount didn’t even realise his pal’s presence in a heartbreaking moment.

Our heart goes out to Rice after this unfortunately embarrassing moment, his England teammates should be ashamed with themselves.

And let's just take a moment to appreciate that @LukeShaw23 cross 🤩