Some West Ham fans absolutely raved about Jesse Lingard after his superb display at the London Stadium against Arsenal this afternoon. The... 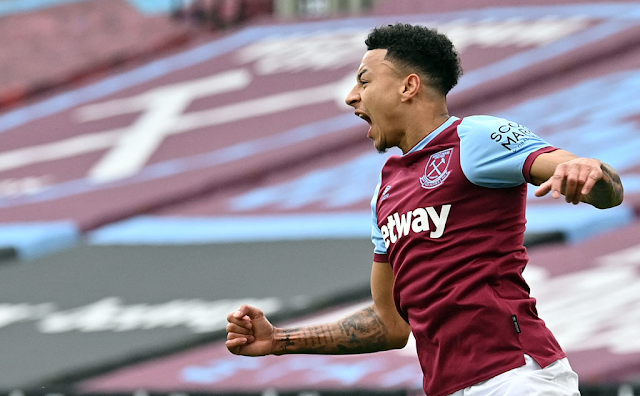 Some West Ham fans absolutely raved about Jesse Lingard after his superb display at the London Stadium against Arsenal this afternoon.

The Hammers absolutely destroyed the Gunners inside the first 30 minutes today.

And the majority of our fine play revolved around Lingard.

The 28-year-old has proven to be a superb addition for West Ham since joining the club on loan in January.

We just have to hope and pray that we get a deal to sign him permanently done in the summer.

Today’s display was further evidence of just how important Lingard is to the Hammers.

The 28-year-old opened the scoring inside the first 17 minutes with a superbly taken goal.

He then set up Jarrod Bowen just a minute later for West Ham’s second.

Lingard was a constant driving force for the Hammers all afternoon. His energy and quality in possession has taken our attacking play to an entirely new level since the turn of the year.

He has already proven himself to be indispensable to David Moyes’s team.

Arsenal did come back into the game in the second-half. And in truth, the Hammers were all over the place at times. Lingard maintained his levels, however.

Bowen. That ear was for me!!!! And I love the fact you just shut me up. Jesse Lingard you genius.

18 minutes and Lingard has a goal and assist. Best English AM in the league. Wont be told otherwise.

Unstoppable from Lingard. What a player.

LINGARD IS ACTUALLY TOO COLDDDDDDD🤩🤩🤩🤩

Jesse Lingard is out of this world 😂😂😂😂😂