According to a report by Fichajes, West Ham United have already been in contact over a permanent deal for Jesse Lingard this summer – and ... 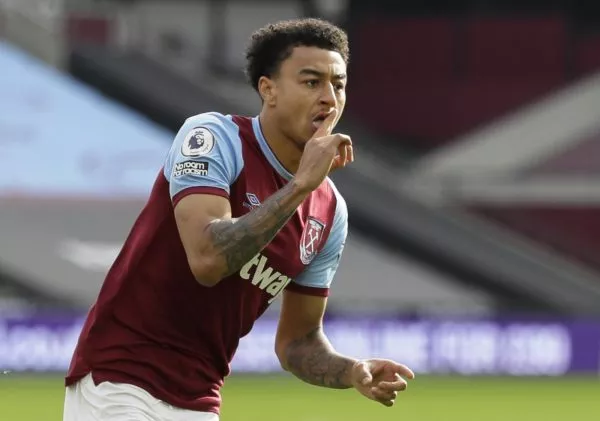 According to a report by Fichajes, West Ham United have already been in contact over a permanent deal for Jesse Lingard this summer – and Manchester United have apparently told GSB that they won’t sell for less than €22 million (£18.8 million).

A very recent claim by C&H indicated that the club will ‘move heaven and earth’ to sign the Englishman on a permanent transfer at the end of the season, alongside potentially two new strikers.

Providing an update on the Lingard pursuit, Fichajes reveal that West Ham have already been in contact over extending his stay at the London Stadium – but United are driving a set price.

It is reported that the Red Devils are keen to acquire no less than £18.8m for Lingard, and GSB are hoping they can whittle that down somewhat as the summer transfer market approaches.

Indeed, they consider the tag high, but judging by his exploits so far, it appears to be worth every penny.

Scoring four goals and assisting one more in just six Premier League starts (WhoScored), Lingard has shone for the Hammers – leaving little wonder why David Moyes is open to a permanent move as explained in his message to the press (Eurosport).

Speaking to Premier League productions after the Hammers’ win against Leeds (via HITC), pundit Ian Wright described him as a player that can be ‘devastating’ – and £18.8m is arguably a small price to pay.