The Dons’ greatest ever boss called the current chairman last week to give him advice as the Pittodrie board seek to identify a boss of st... 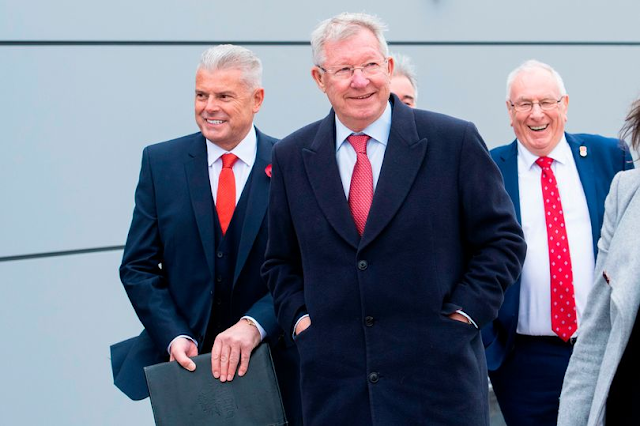 The Dons’ greatest ever boss called the current chairman last week to give him advice as the Pittodrie board seek to identify a boss of stature.

Aberdeen icon Sir Alex Ferguson has urged Dave Cormack not to settle for second best and go for a manager that aim to topple Rangers and Celtic again.

The Dons’ greatest ever boss called the current chairman last week to give him advice as the Pittodrie board seek to identify a successor of stature to replace Derek McInnes.

Atlanta United 2 boss Stephen Glass, with Scott Brown as his assistant, are favoured to become the next Aberdeen management team.

But the Dons chairman has revealed hiss illuminating chat with Ferguson - who led the Reds to domestic and European glory in the 80s - has been pivotal in his ongoing search.

Cormack confirmed: “Sir Alex Ferguson called me on Friday and he reminded me that Aberdeen Football Club is the hardest club to be manager of outside Celtic and Rangers.

“I agreed with him. It’s a prestigious position for anyone.

“He said find a coach that you can work with, someone who will go to Glasgow and aim to beat Celtic and Rangers.

“Don’t look for second-best as far as that goes.”

Cormack is close friends with Glass from their time together in America and that could be a major factor in the next appointment.

Ferguson has also told Cormack, who is making his first managerial appointment, that he has to pick a boss who he feels he can work with and can take the club forward. 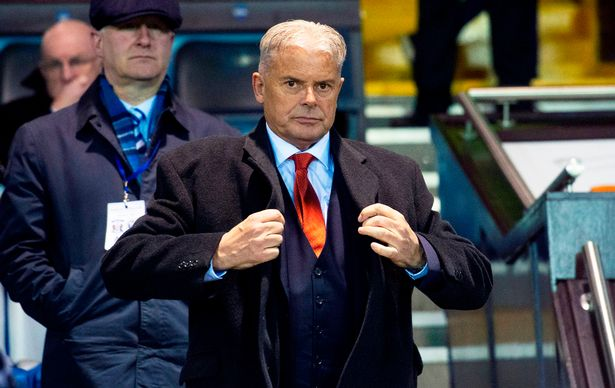 Cormack added: “It was really nice of Sir Alex and he said to me ‘listen Dave, as you look forward and make the appointment, the relationship between chairman and manager is critical.

“Pick someone who is the right person for you to work with and for the club’.

“He reminded me we’ve got a clear strategy of how we want to play.

“He reminded me Neil Simpson (caretaker coach) is a great asset and suggested he be involved with the first-team, as he’s a winner through and through.

“He epitomises what it is to be an Aberdeen player.”

The former Manchester United manager knows the importance of having good people around him.

Cormack confirmed: “He did ask me how I was feeling about it. I’m nervous but really excited and he said ‘good, that’s the way I should be’. He suggested I lean on Bobby Clark, who I agree with Sir Alex in that he’s one of the best human beings I’ve encountered.

“We’ve got a strong board. Darren Eales managed Spurs for Daniel Levy and West Brom – he’s got great experience.

“I’ve been heartened by the number of former players – be it Willie Garner, Joe Harper, Bobby Clark – who’ve encouraged me.”

Ferguson was famed for his mind games when he was manager. He drilled it into his Aberdeen players there was a west coast bias against his team and doesn’t seem to be something he is about to let lie anytime soon.

“Sir Alex has made himself available for me to use him as a sounding board and you can bet I’ll take him up on that.”

The Aberdeen chairman has come in for stick in some quarters for the way he handed McInnes’s departure.

Cormack has made it clear he wants the best and a more successful club than the one that has delivered one trophy over the past quarter of a century.

The software tycoon stated: “Constructive criticism is healthy. None of us are perfect, I’m not perfect, far from it. But I say to people ‘judge me on how I respond.’

“Constructive criticism is fine and fair and it is important to be transparent about that but it is part of the territory of being chairman of a football club, particularly Aberdeen Football Club.

“Some of the criticism from some of the media pundits and ex-players, criticism of me and of our fans of expecting too much, there’s a lot I’d like to say but I will hold my tongue and rise above it.

“But what I will say is this: is it wrong of Aberdeen fans to want more than one trophy in 26 years?”

Cormack stated that it was in the club’s best interests to let McInnes leave now but is adamant that he leaves a legacy after dragging Aberdeen out from the wilderness.

He said: “We had a very constructive conversation around the timing and I explained to Derek that I didn’t want to wait until the summer where there’s so many players out of contract that we would prefer to make the move now.

“We had that conversation and came out with the mutual consent statement and that’s really the rationale behind it.

“As for the reasons clearly the performances over that period have been challenging for the club and at the end of the day it’s a judgement from my perspective.

“We felt the timing was right as a board to give the new manager coming in to get ready for next season.”

Cormack has also vowed to go ahead with the controversial online question and answer session with fans that he cancelled last month because of speculation over McInnes’s future.

The Dons chief, speaking on RedTV, insisted: “I said it was postponed but we’ll pick a time in a couple of weeks to go ahead. We still have the questions and I’m sure there will be new ones to add there.”