The 22-year-old midfielder would bring energy and quality to the United midfield, but Atletico are in no rush to sell. Atletico Madrid midfi... 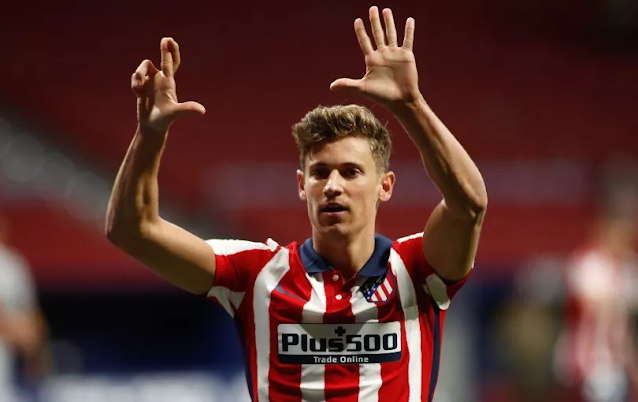 The 22-year-old midfielder would bring energy and quality to the United midfield, but Atletico are in no rush to sell.

Atletico Madrid midfielder Marcos Llorente is the subject of an €80million bid from Manchester United.

According to AS, United are keen to sign the Spanish international but they face a challenge to convince both the player and his club to agree a deal.

Llorente is believed to be happy in his home city of Madrid and still has three years left on his contract.

The 26-year-old joined Atletico from local rivals Real Madrid in June 2019, having found his path to a regular first team place blocked at the Bernabeu.

He made just 39 appearances in total for Real before deciding that he needed to leave in order to play more games and gain experience at the top level on a consistent basis.

Atletico were able to provide that and Llorente quickly became a vital member of the team, playing 36 games in all competitions last season.

He memorably scored twice in extra time of the Champions League round of 16second leg at Anfield to knock out reigning champions Liverpool.

Llorente has continued to add a greater goal threat to his game, finding the net nine times in La Liga as well as laying on eight assists.

He’s a versatile player, who has played on the right, in the centre of midfield and behind the striker since joining Atleti.

He has developed a good understanding with the prolific Luis Suarez, whose goals have taken Diego Simeone’s side back to the summit.

They currently lead second-placed Barcelona by four points, with Real Madrid a further two behind in third.

Despite the disappointment at losing to Chelsea in the Champions League, Atletico can now focus on trying to bring the title back to the Metropolitano for the first time in seven years.