Despite the Reds being in relegation form, the Wolves midfielder is expecting a difficult match. Liverpool’s league form has been dire in ... 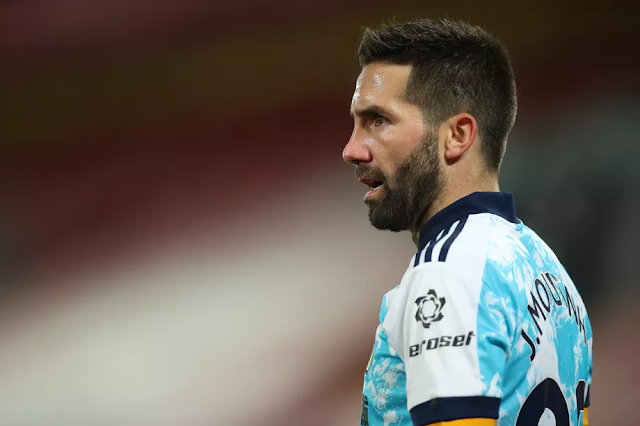 Despite the Reds being in relegation form, the Wolves midfielder is expecting a difficult match.

Liverpool’s league form has been dire in 2021, and while there are good reasons for it, that is has been is inarguable. Which might make it seem like the perfect time to face them for other Premier League sides.

Not so, says Wolves midfielder João Moutinho, who insists that while the results may not be there of late for the Reds, they remain one of the most talented and dangerous opponents for any side.

“There’s never a good time to play a team like Liverpool,” Moutinho told Sky ahead of kickoff. “We know the results in the Premier League are not so good, but they have amazing players, an amazing coach, an amazing structure.

“That’s what we know. We can’t look at their results in the Premier League, we need to look at how they can do amazing things and know they want to change the results they’ve been having.”

While Liverpool are into the quarter finals in the Champions League and looked strong in two legs against an RB Leipzig that are clear second in the Bundesliga, domestically their form has been downright dire.

Since a 7-0 victory over Crystal Palace on December 19th, they’ve played 14 league games—winning just three and drawing three while losing eight. That form, just 0.86 points per game, would be good for 33 points over a season.

It is, not to put too fine a point on it, relegation form. It would have seen them finish 19th last season. Still, even wracked by injuries this is still the side that won their 19th league title last season in commanding fashion.

Their recent form may not look it, but Moutinho and Wolves will not want to be the side that sees their struggles, takes them lightly, and ends up on the wrong side of a lopsided score as a result.