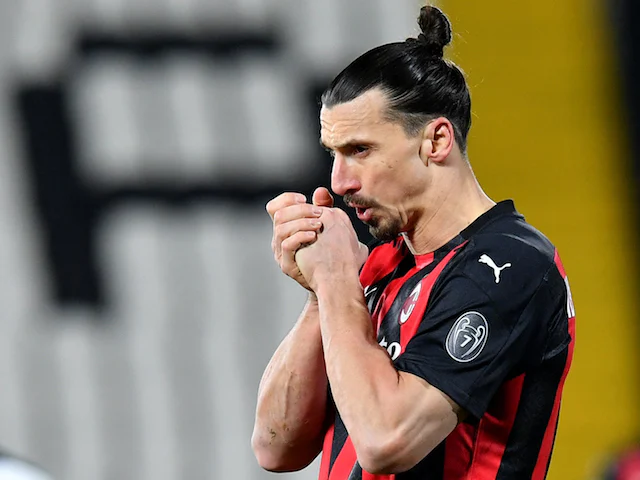 The 39-year-old impressed during a short spell at Old Trafford, scoring in the Community Shield and EFL Cup triumphs in 2016/17 as well as playing a key role in that season's victorious Europa League run.

A serious knee injury in the quarter-finals against Anderlecht ruled Ibrahimovic out of the remainder of the campaign, with the striker only making seven more United appearances before joining LA Galaxy in March 2018.

The veteran has flourished since returning to Milan last year and is in line to face United on Thursday after a thigh injury ruled him out of the last-16 first leg, which ended 1-1 at Old Trafford last week.

"They're both coming back from long injuries, but I'm very pleased with the way that they've recovered and they're important players for us, so we'll see whether or not they'll feature tomorrow night."

Pushed on Ibrahimovic's fitness, Pioli said: "I know what to expect because obviously I pick the team but we'll see how he gets on with regards to his recovery from injury.

"I'm not sure he's necessarily got 90 minutes in him, but we'll see whether he's available to feature for a portion of the game."

Theo Hernandez and Hakan Calhanoglu could feature having missed the first leg, while Alessandro Romagnoli, Ante Rebic, Davide Calabria and Rafael Leao will be assessed on the morning of the game.

Rossoneri boss Pioli said: "All of the games we've played have improved us and helped us to grow.

"However, the result is the important thing tomorrow and we want to progress against a strong opponent. We need to go for the win. We must not rest.

"As (Simon) Kjaer said, we've done well until now and we'd be disappointed if we reached the end of the season empty-handed."

Kjaer's stoppage-time header secured Milan a potentially-crucial away goal at Old Trafford but the Denmark international knows they are in for a battle at San Siro.

"We must, and can, always improve," the experienced defender said.

"The away fixture gave us some indications as to what we need to carry on doing and what we will have to do better."